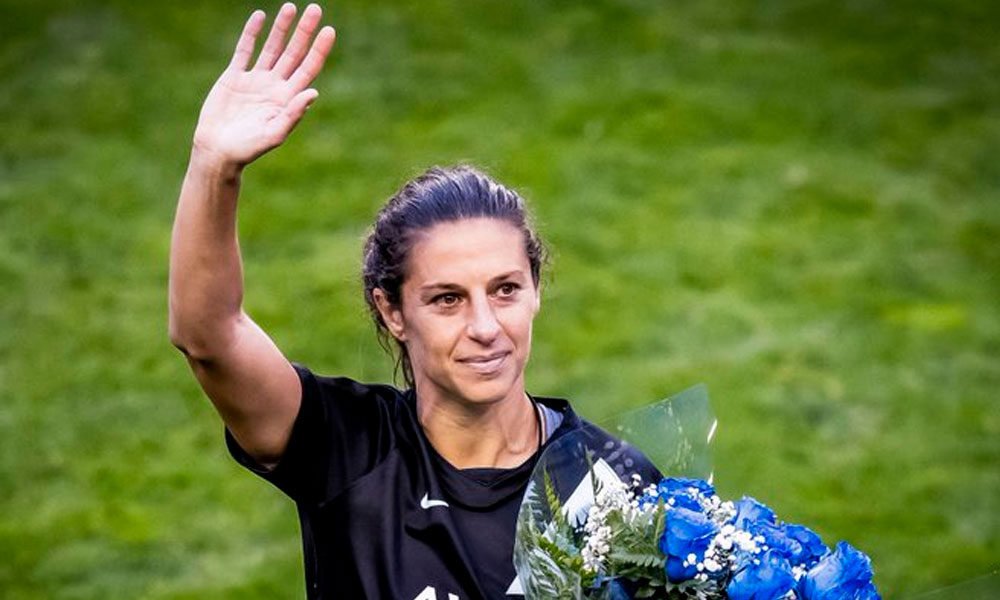 The Chicago Red Stars defeated NJ / NY Gotham FC 1-0 in the quarterfinals of the playoffs of the Professional Women’s Soccer League (NWSL) in the United States and secured a place in the semifinals in the farewell to soccer of Carli Lloyd.

The only goal of the game was scored by forward Mallory Pugh who was assisted by midfielder Sarah Woldmoe on the 61st minute of the second half, after having recovered a ball near the New York team’s area.

The Red Stars had built opportunities in the 50th minute and twice to score in counterattacks that ultimately resulted in the goal for the good work of the Gotham FC defense.

You can also read:  Tottenham "disappointed" with Reguilón, Lamela and Lo Celso for breaking rules

Chicago nearly doubled it four minutes later on a Kealia Watt shot attempt. And Pugh almost got a double in the 79th minute on a breakaway.

Pugh, champion of the 2019 World Cup with the United States women’s team, current sentimental partner of shortstop Dansby Swanson, of the Atlanta Braves, champions of the Major League Baseball World Series, also seeks to bring a national title to Chicago

The victory allows the Red Stars, who are in their sixth consecutive playoffs, to play the semifinals against Portland Thorns FC, the team with the best record of the season, which will have the advantage of the field, on November 14.

You can also read:  Samuel Eto'o, candidate for the presidency of the Cameroonian football federation

The Red Stars, fourth classified during the regular season, took advantage of the field advantage again and before the 7,027 spectators who gathered in the stands of SeatGeek Stadium, in Bridgeview (Illinois) they achieved the fifth consecutive victory, after the end of the season regular with four wins in a row and eight overall, the best in the league.

While Gotham FC, who played the NWSL playoffs for the second time, the first since 2013, could not overcome the best defensive game of the Red Stars, who always controlled the most dangerous forwards of the New York team.

Among them the legendary Carli Lloyd, who at 39, announced her retirement in August after the United States women’s soccer team won bronze at the 2020 Tokyo Olympics, her fourth appearance and third Olympic medal.

You can also read:  Miura, the incredible Japanese who will continue in first class at 54 years old

Lloyd made his last four games for the national team this fall in a series of friendlies. It started with a record five goals against Paraguay and ended on an emotional note in Minneapolis, Minnesota, two weeks ago against South Korea. EFE (HN)