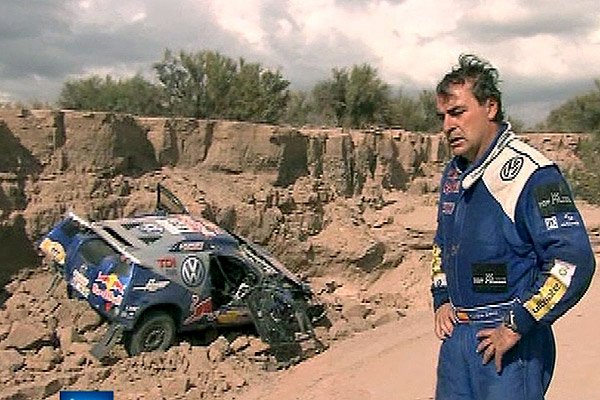 The Spanish Carlos Sainz (SMG) has abandoned the Dakar 2014 car test after suffering an accident during the tenth stage, which is held between the Chilean towns of Iquique and Antofagasta. “Bad news. When we were just on gasoline we have deviated in the link to put gasoline and we have had an accident. Out of the race ”, explained the Madrid driver himself on his Twitter account.
“We are fine. Some small cut and some bump, “adds Sainz. EFE