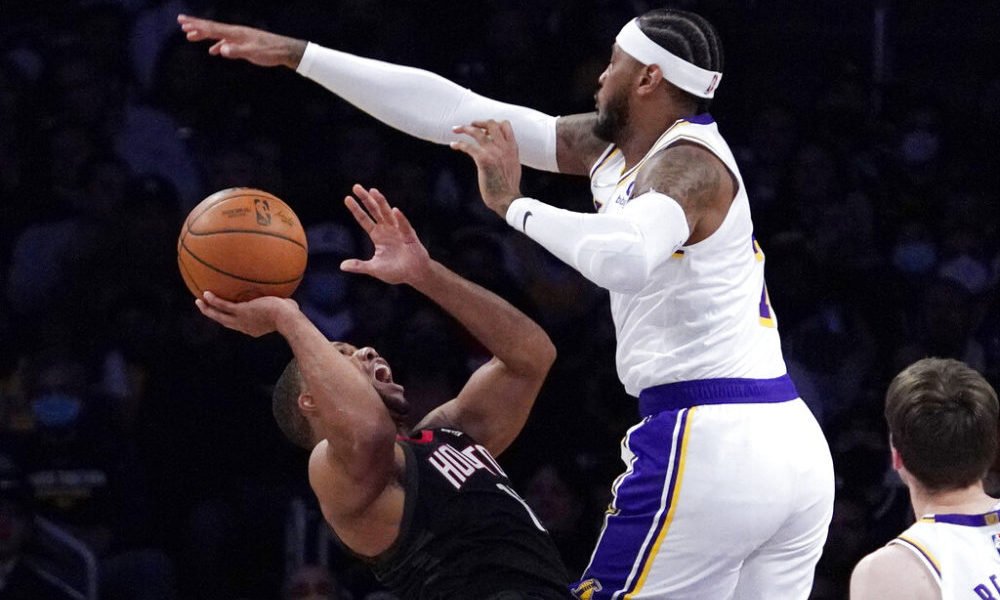 Carmelo Anthony scored 23 points as a backup and Russell Westbrook added 20 points in Sunday’s 95-85 victory for the Los Angeles Lakers over the Houston Rockets.

Anthony Davis had 16 points and 13 rebounds and LeBron James scored 15 points in the Lakers’ fourth win in five games, after starting the season with two losses.

Eric Gordon scored 17 points and Christian Wood added 16 for the Rockets, who lost their fourth straight game at the start of their five-game road trip.

Anthony had another dynamic game in his first season with Los Angeles, hitting five triples and equaling his career-high with four blocked shots. The 19-year NBA veteran, who has led the Lakers’ scoring twice this season, had at least four blocks and two steals in a game for the first time since Dec. 2, 2003.

James was 6-of-19 in his second game after missing a sore right ankle, although he added eight assists and seven rebounds.

Houston player Jaled Green, number two in this year’s draft, finished with just seven points after finding himself in foul trouble. The Rockets, who are rebuilding, were 24 points down in the first half and 28 down in the fourth quarter, before a late comeback to cut the deficit. (AP)

– Other results for Sunday in the NBA: