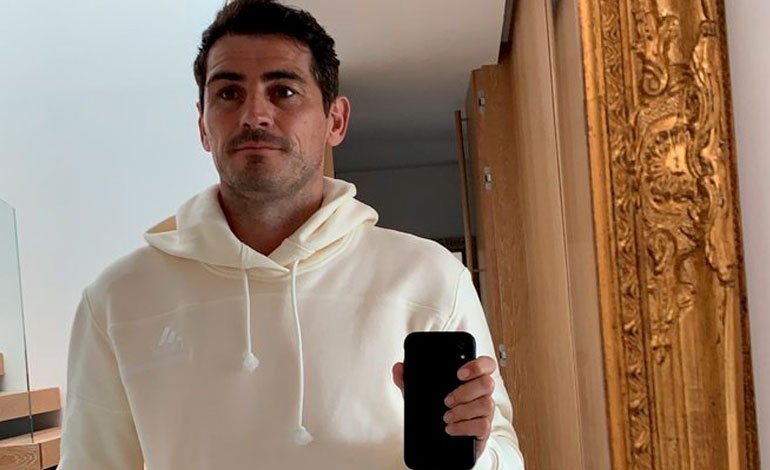 The exporter of the Spanish soccer team and Real Madrid, Íker Casillas, has stood out as the favorite for the European Championship that starts this Friday for the French team, while at the same time he has been “convinced” that Spain will go “until the end” .

Casillas made this prediction to journalists, after attending the inauguration in Ávila of the “Iker Casillas Foundation Cruyff Court”, free-use soccer fields for children and young people, promoted by the Cruyff Foundation and the “la Caixa” Foundation.

The former goalkeeper of the Spanish team has expressed his desire that “Spain win its fourth European Championship”, something that he has predicted that “it will not be easy”, since there are “selections that are very strong”, such as the French, to which has referred to as a favorite, being the current world champion and having great players.

You can also read:  "It is inexplicable how it feels," said Messi after winning the Copa América

However, he has also referred to other national teams with a football that “has been evolving over the years”, so that, perhaps this year of pandemic, which has led to the delay of the European Championship, may have given them “that plus of experience”.

Among them, Íker Casillas has cited England, Belgium, the Netherlands and Germany.

“If I had to opt for a national team, I would go to Spain and France,” Casillas said, noting that France “is more consolidated,” while Spain “has had many changes in recent times.”

“I hope and am convinced that Spain will go to the end,” concluded the Real Madrid and Spanish national team exporter, just a few hours before the start of the competition and three days before Spain’s debut.

Taking into account the current context, linked to Covid-19, Íker Casillas has acknowledged that the situation is “complicated and difficult” for everyone, but that football “is no stranger” to these circumstances “and less so in a European Championship ».

After recalling the one-year delay in its celebration and that “there are still cases”, Casillas admits that “it is difficult to forget everything that may happen”, although he has been convinced that the players “are in good hands” and that “everyone who surrounds the National Team will want the best, that they be in the best shape and focused on football”.

The Real Madrid and Spanish national team exporter and president of the Foundation that bears his name, has inaugurated the Iker Casillas Foundation Cruyff Court, together with Pati Roura, director of the Cruyff Foundation; Xavier Bertolín, Corporate Director of Education and Marketing of the «la Caixa» Foundation, and Jesús Manuel Sánchez Cabrera, Mayor of Ávila.

You can also read:  Inter begins the defense of the 'Scudetto' beating Genoa

The one in Ávila is the seventh of the 13 Cruyff Courts that are planned to be created in different provinces of Spain thanks to the joint work between the Cruyff Foundation and the “la Caixa” Foundation. EFE. (JL).