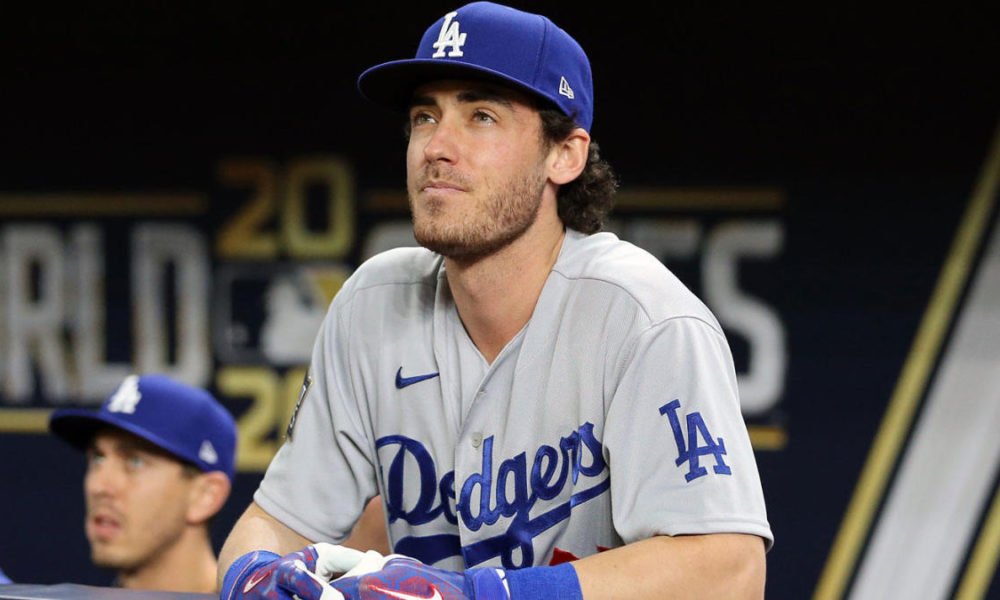 Cody Bellinger’s poor performance on the field of play continues to be an act that attracts more attention every day, especially in the early hours of Tuesday, when Dodgers manager Dave Roberts declared that he would not play in games against left-handed pitchers.
And yes, Dave Roberts clearly applied the logic of: “who bats plays”, stating that other players had maintained a higher level against left-handed pitchers than Bellinger, so he would enter to be substituted because of his poor performance this 2021 in the MLB .
Cody Bellinger has faced in 70 official at-bats against lefties in 2021, leaving an impoverished offensive slash line of .129 / .228 / .200, only taking nine hits and nine walks, while striking out 16 strikeouts.

But his poor performance has not only been against lefties, but in a general way, who in 257 at-bats this 2021, registers an offensive bar line of .171 / .247 / .319, combining for a terrifying OPS + of just 54, which that would mark a performance 46% below the league average.
As an offensive contribution, Cody Bellinger registers a performance of -0.4 Wins Above Replacement Level (fWAR), representing a performance below the level of a replacement player, while also holding a record of 57 Weighted Runs Created (wRC +), registering a poor contribution. 43% below the league average.
But these bad performances do not have a unique origin in 2021, but, similarly in 2020, a year after Cody Bellinger was crowned MVP of the MLB National League in 2019. During 2020, after 257 official shifts, Bellinger added just an offensive line of .239 / .333 / .455, along with an OPS + of 112, 114 wRC +, in addition to a fWAR of 1.2, just one year from registering 7.8 fWAR in 2019 and taking the MVP award.
Now, the big question arises: What is the direct cause of such a reduction in power?

You can also read:  Trump welcomes Washington National champions to the White House

We could deduce as the first point how Cody Bellinger has been making contact with the ball. To begin with, taking 2019 as a reference, Bellinger recorded a strike angle of 17.8, which resulted in the majority of his contacts being straight, going to 24 at his contact angle mark in 2021, resulting in a higher number of lifts.
And it has clearly been the case, Cody Bellinger has gone from registering 24% of his contacts in 2019 in high forms in 2019, to 37.6% in 2021, which makes him more controllable. Likewise, it has reduced its line contacts from 29.9% in 2019 to 25.7% in 2021, followed by also a decrease in its contacts in vehicle forms, going from 32.3% to 26.5%.
We could speak clearly of how desperate the Dodgers player has been in this overwhelming situation. Which is clearly expressed in his swing rate increase from 44.6% in 2019 to 51.4% in 2021, in the same way with his swing at the first pitch in shifts, going from 26.2% in 2019 to 28.6% in 2021 .
Along with this great factor, which clearly tells us how cloudy the discipline of Cody Bellinger has been at the plate, is added the astronomical increase in swings to pitches outside the zone, going from registering 26.8% in 2019, to 35.7 % entering 2021.
The natural adjustments of MLB pitchers against Cody Bellinger have also been reflected, and clearly any advantage will be used by them. In this case I mean pitching selection, who has suffered throughout his career against breaking pitches – say slider, curveball, knuckle and other -.
The increase in those pitches against him cannot go unnoticed, who has gone from in 2019 to see these pitches by 24% in the batter’s box, to 25.7% in 2021. In 2019, so far the highest point in his career , He could barely hit .242 against these, while this 2021 a .212, which has been a clear point of his decline.
Another section that we must understand has been the reduction in playing time that Cody Bellinger has had this 2021 in the MLB, who of 132 games in the Dodgers year, has only played 73, this as a result of discomfort and injuries in the left calf for much of the year, who in 2021 has gone to the disabled list for the first time since 2017, his debut year in the Major Leagues.
Cody Bellinger, as well as a super complete talent is a player of only 26 years old, for which there will still be enough time for improvement in an injury-free moment, and, I know it will not take long to repeat. (Fielding)

You can also read:  Salvador Pérez sets record for home runs of Venezuelan receivers in a season