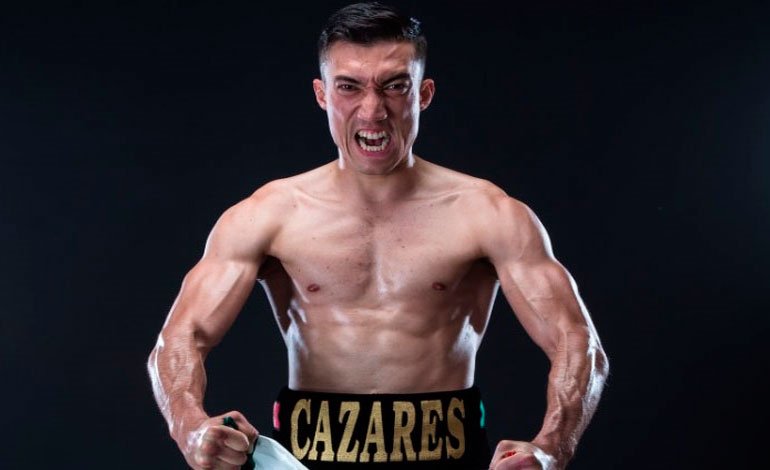 Mexican Mario Cázares assured that if he is given the opportunity to fight with world champion Saúl ‘Canelo’ Álvarez, he will defeat him as he did in amateur boxing and showed his confidence that the fight will take place soon.

“Canelo, if I left you crying once, now I’m going to put you asleep,” Cázares said in a message through the media, addressed to the most media fighter of the moment, whom he beat in the 2004 National Olympiad.

Cázares, 30, defeated former world champion Julio César Chavez jr last Friday by unanimous decision on a card behind closed doors in Tijuana, northern Mexico, and pointed out that after that victory he feels he is ready to surpass Álvarez, one of the top three pound-for-pound boxers in the world.

You can also read:  'Canelo' Álvarez becomes a free agent

“I am going to knock down his freckles, they will be scattered in the ring and I am going to tell a janitor to lend a dustpan to his coach, Eddy Reinoso, to pick up the freckles,” said the undefeated boxer mockingly. 12 fights, five of them won by knockout.

The possible fight of Cázares with the ‘Canelo’ is not seen close, but Cázares assured to have received calls according to which perhaps the lawsuit could be soon, for which he is prepared.

After a promising career start, Cázares had injury problems and delayed his path to a world title, but after beating Chávez jr he gave signs of being ready to fight for world titles and the president of the World Boxing Council, Mauricio Sulaimán He said on Tuesday that with his triumph a boxing power was born.

You can also read:  Winner between Cotto and Foreman would face JC Chávez Jr

“I am a natural 168 pounds (super middleweight), but with ‘Canelo’ we would fight in whatever division he wants. I am not going to put conditions because whatever the weight, we are going to beat him, “he added.

Cázares explained that he is not looking for money in boxing because he already has it, but he is interested in glory and leaving his mark on boxing. “I am interested in knocking down the freckles to ‘Canelo’ and that Reinoso picks them up,” he reiterated.

The fighter described himself as an athlete with a straight life, interested in his improvement, who carries the notebook of his studies in his backpack.

You can also read:  Pacquiao heats up fight with Mayweather

«This (last Friday’s victory) meant the birth of a new profile, with a straight life, with values ​​and leadership. We must be an example because society responds well to examples, “he added.

According to Cázares, the day after the fight with Chávez jr he was already training because he enjoys work and trusts it to become world champion. EFE (HN)