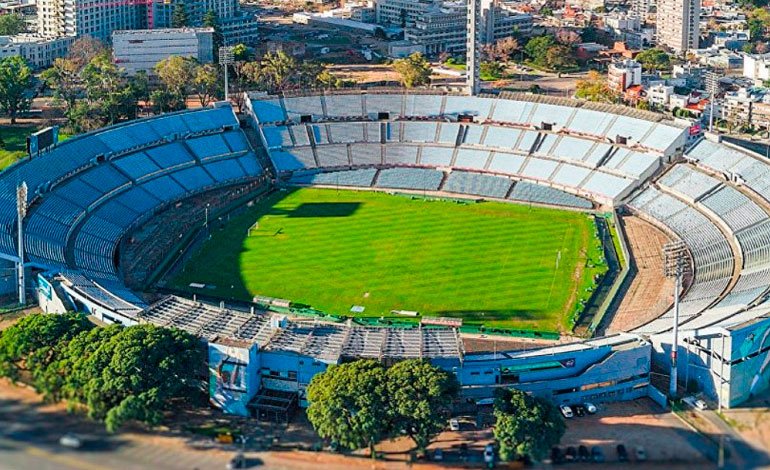 Montevideo’s Centennial Stadium, inaugurated in 1930 for the first World Cup and which former FIFA president Joao Havelange compared to the Greek Parthenon for its contribution to world culture, was declared a National Historic Monument.

«It was a pending issue that we Uruguayans had, a stadium known throughout the world, which many years ago was declared a Historic Monument of World Football. We are doing something that if there is a work that deserves it, it is this”, the Minister of Education and Culture, Pablo da Silveira, assured the press.

He added that the Centennial is “a historical, football and architectural heritage.”

“The work of the architect (Juan Antonio) Scasso was a work of absolute world avant-garde when it was built in 1930. It has a fantastic design both from an aesthetic point of view and from a functional point of view,” said the holder of the portfolio.

You can also read:  Pulisic resumes training with Chelsea

Finally, da Silveira clarified that the fact that a building is declared a World Heritage Site does not mean that it is “condemned to immobility.”

In accordance with this, the general director of the Uruguayan Heritage Commission, William Rey, pointed out that a national historical monument “is not an asset frozen in the present and forever”, but rather “an asset that must continue to live and generate functions for it to be a living good.”

“Operation is an essential part of maintenance and upkeep; therefore, we have to be clear that the worst thing that can happen to a heritage asset is that it loses uses, because conservation falls and a void of meaning is produced”, he pointed out.

The president of the Administrative Commission of the Official Field (CAFO), Ricardo Lombardo, celebrated the distinction and recalled that “all Uruguayans” have “some experience” in the Centennial.

“Football fans still have them, fans of rock, opera, cycling, basketball, carnival, at some point had a relationship with this and there should be no building with greater popular roots in the country,” he asserted.

Lombardo said that CAFO is promoting a renovation program for the colossus “which implies a substantial change” and “a modification in the business model” due to the loss it has suffered in income.

For this reason, he asserted that, having no resources, the idea is to involve individuals so that they can operate businesses in that place.

You can also read:  Platini: FIFA and UEFA believe that football belongs to them

Some time ago, in an interview with Efe, he had indicated his idea of ​​​​implementing the 2030 Plan, a model of four areas so that the sports scene could be modernized and, in turn, continue to be the ‘vintage’ symbol of world football.

This Monday during the event, held at the main entrance of the Centennial, these authorities together with the president of the Uruguayan Football Association, Ignacio Alonso, and the national secretary of Sports, Sebastián Bauzá, discovered a plaque alluding to the declaration. EFE (hn)