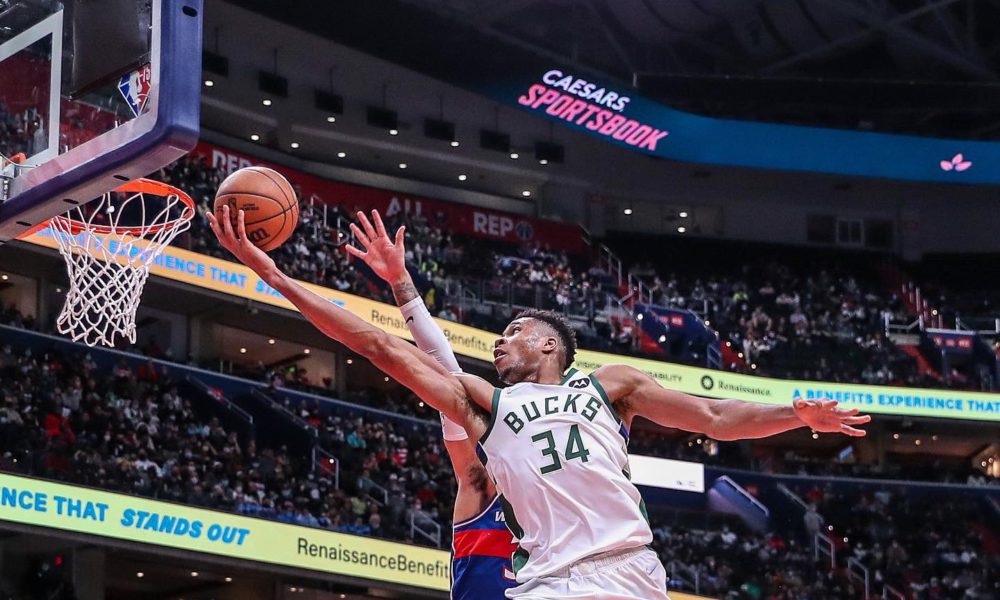 The Milwaukee Bucks, reigning NBA champions, extended their poor start to the season by falling to the Washington Wizards on Sunday, while the Cleveland Cavaliers beat the New York Knicks on the court with 37 points from Spanish Ricky Rubio.

The Greek Giannis Antetokounmpo signed 29 points, 18 rebounds and 5 assists for the Bucks, who once again had sensitive absences like Khris Middleton’s, down due to a coronavirus contagion.

Point guard Jrue Holiday, the team’s third sword, stayed at 14 points with a 6/16 shooting from the field.

Milwaukee thus added its second consecutive defeat by 101-94 and falls to tenth place in the Eastern Conference, with 4 victories and 6 defeats.

His executioner on Sunday, the Washington Wizards, unexpectedly occupy the third position of the East with a record of 7-3 without resenting the loss of their figure Russell Westbrook.

All-Star guard Bradley Beal shined with 30 points and forward Kyle Kuzma added another 15 for the Wizards.

You can also read:  The Heat, a renewed team

In New York, Spaniard Ricky Rubio scored the highest score of his 11 NBA career seasons in the Cleveland Cavaliers’ 126-109 win over the Knicks.

Starting from the bench, the point guard offered an exhibition in the emblematic Madison Square Garden with 37 points (13/19) and 10 assists.

With an unusual confidence from the line of three, the Spanish nailed 8 3-pointers of 9 attempts, scoring until his unbalanced shots.

None of the defenders placed by coach Tom Thibodeau could stop Rubio’s state of grace, who was supported in attack by rookie Evan Mobley, with 26 points and 9 rebounds.

The Cavaliers are one of the most pleasant surprises of the season, ranking sixth in the East (7-4), one ahead of the Knicks (6-4), who had Julius Randle as the leading scorer with 19 points.

You can also read:  Michael Jordan donated million dollars to victims of attacks on the Twin Towers

In Toronto, Kevin Durant scored 31 points in the Brooklyn Nets 116-103 win over the Raptors, who celebrated the return to the courts of Cameroonian center Pascal Siakam.

Durant, who has scored at least 22 points in his first 10 games of the season, also added 7 rebounds and 7 assists for the Nets to record their fifth straight victory.

With Kyrie Irving absent for his refusal to get vaccinated against covid-19, James Harden multiplied to support Durant with 28 points, 10 rebounds and 8 assists.

“When he’s at that level, he makes us tick,” veteran Blake Griffin said of Harden. “We, as a team, can play at another level.”

For the Raptors, Siakam played his first game of the season after surgery on his left shoulder and finished with 15 points in 25 minutes, while Fred VanVleet contributed 21 points and OG Anunoby another 16.

You can also read:  Jokic and Murray give Nuggets win and lead over Trail Blazers

On their turn, the Orlando Magic (3-8) surprised the Utah Jazz 107-100 with a stellar performance from their young point guard Cole Anthony, who reached 33 points with 5 triples.

The Jazz, second in the West (7-3), had suffered a loss less than 24 hours before against the Miami Heat.

French center Rudy Gobert held the Jazz with 21 points, 15 rebounds and 4 blocks while guard Donovan Mitchell added 21 points in a dismal 8/24 shooting from the field.(AFP)

Results of Sunday’s day in the NBA: