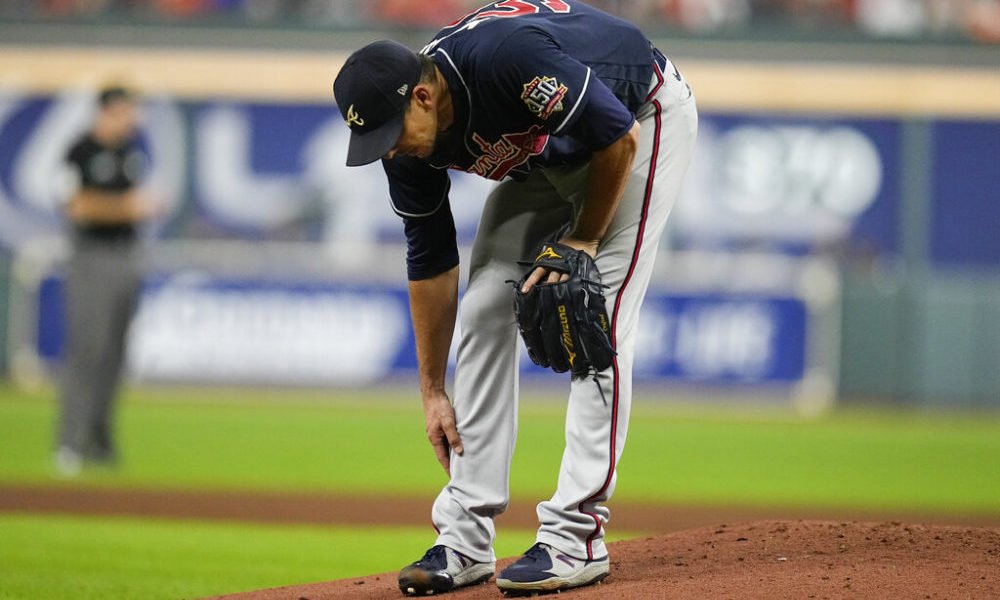 Atlanta Braves pitcher Charlie Morton will miss the rest of the World Series after leaving Game 1 in the third inning Tuesday with a broken right calf.

The Braves led 5-0 when Morton limped off the mound after striking out Jose Altuve on a 2-2 count curve to start the bottom of the third inning. The right-hander grabbed his leg and was replaced by left-handed reliever AJ Minter, who was given plenty of time to warm up.

Morton was hit in the leg by a ground ball by Cuban Yuli Gurriel early in the second inning, but remained on the mound. He finished the inning and started the third, but his leg began to swell.

You can also read:  Julio Urías, fourth Mexican with more than 20 victories in an MLB season

Atlanta reported during the fifth chapter that X-rays showed he had a fractured right fibula. The team added that the pitcher is expected to be recovered for spring training next year.

Minter doubled to the first batter he faced, Michael Brantley, but retired Alex Bregman with a grounder and struck out AL MVP Yordan Alvarez to keep Houston scoreless.

Morton, 37, pitched the final four innings and clinched the victory for Houston in their Game 7 win of the 2017 World Series against the Los Angeles Dodgers.

The right-hander threw 44 pitches and allowed one hit, Brantley’s single with one out in the first, with two walks and three strikeouts. (AFP)