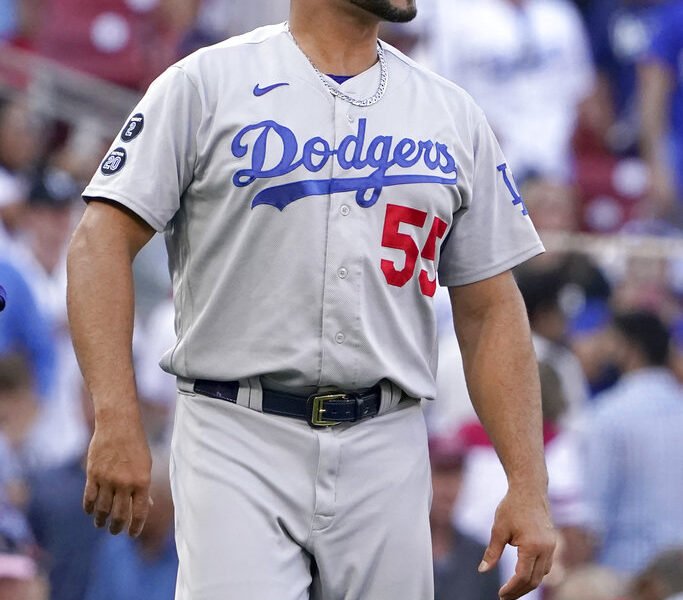 St. Louis Cardinals fans were loudly cheering for their former player Albert Pujols at the Los Angeles Dodgers vs. Cardinals series at Bush Stadium.
Albert Pujols decided against signing with the St. Louis Cardinals and opting for the Anaheim Angels in 2011, which hurt fans, but it didn’t take him long to get over it.
Every time Pujols visits Busch Stadium he is eagerly awaited as if he will still play for the St. Louis Cardinals. The last time Pujols hit a home run and the fans were celebrating like old times.
In Game 1 of the series, Max Scherzer kept the Cardinals at bay, but the Cardinals did not put up left-handed pitchers to get Dave Roberts thinking to put Albert Pujols on. However, they shouted “We want Albert Pujols”.
Dave Roberts at the end of the game announced that this Tuesday Albert Pujols will start with the Angeles Dodgers against the shipments of left-hander JJ Happ.
That speculates and opens a window for what has been rumored for a long time in the National League, that Albert Pujols will return to the St. Louis Cardinals for one final season alongside Yadier Molina. Fans are believed to agree with that, as seeing two of their legends retire together is certainly an honor.
In his last game at Busch stadium, he hit a home run that everyone celebrated. (Fielding)