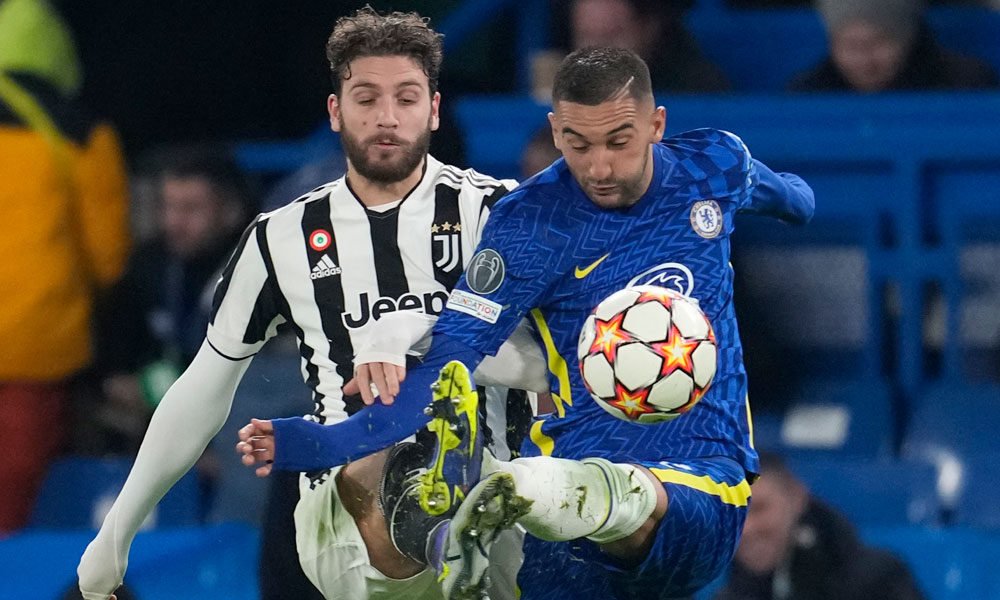 Chelsea had fun at the expense of a Juventus of Turin overcome, disarmed and danced by the ‘olés’ of the public and to which the English team demonstrated the pair of steps that it has above in the European elite (4-0).

The reigning European champions avenged the defeat in Turin in the first leg and qualified for the round of 16, passing the first position of the group against an opponent with whom Maximiliano Allegri still has a lot of work ahead and to which the goals of Trevoh Chalobah, Reece James, Callum Hudson-Odoi and Timo Werner blushed in London.

The difference between Chelsea and Juventus was palpable from the first moments, with a recognizable team, which looked superior, and an Italian team subjugated to what Tuchel and his team wanted.

And it is that Allegri still has a lot of work ahead of him with a squad that does not seem to be at the height of the great European nights. Quite the opposite of a Chelsea that does not stop the casualties. The ‘Blue’ team came out without a pure ‘nine’, with a pitchfork up faster than a scorer, but that is enough for them. He is touched by a wand.

You can also read:  Pochettino does not give a date for Messi's debut

The first to try it was the covered ‘killer’ of this team, a Reece James who looked for surprise with a direct free kick aimed at Szczesny at the near post. The Pole could save it, but the next corner was key.

Ball to the heart of the area, dead ball in front and young Trevoh Chalobah, point-blank, shot the goal to score his first goal in the ‘Champions’. The VAR reviewed a possible hand on Rudiger’s play, but determined that nothing had happened and Chelsea already had the upper hand.

The booed Morata, the striker who arrived with pending accounts before a hobby that applauded his failures, almost took it off. But the Madrilenian almost silenced them with a Vaseline in front of Edouard Mendy that Thiago Silva saved the heroic at the goal line.

That play, along with a shot by Bentancur at the end of the break, were the talent samples of a Juve group well behind Chelsea.

You can also read:  LaLiga studies changes to "better protect" against Superliga attempts

And the inferiority was amplified in the second half, with plays as innocent as a Chelsea side center, without pure finishers against a defense with Bonucci and De Ligt. The ball, which Ziyech missed at the first post, fell to James, unmarked at the second. The side did not forgive, volley to the net and moral sentence.

But Juve still had punishment ahead. Seconds later, the ‘Blues’ were planted in the kitchen with astonishing ease, after another great internship by James and Loftus-Cheek, before the innocence of three Italian defenders, he served the third at pleasure to Hudson-Odoi.

With a very complete game and in which Juventus was reduced to nothing, which ended up being bathed by the olés of the public and with the victory rounded off by Timo Werner, Chelsea signed their pass to the round of 16, surpassing the Italian team in the standings, with the one that is tied at 12 points, and they will play the first place in the last day.

You can also read:  Firmino suffers a serious hamstring injury

It will be worth the result that Juventus gets against Malmoe against Zenit. The bad news, the injury losses of N’golo Kanté and Ben Chilwell, especially that of the Englishman, who had to leave without being able to lean on the pitch.

Incidents: Match corresponding to the fourth day of Group H of the Champions League played at the Stamford Bridge stadium (London) before 39,513 spectators. EFE