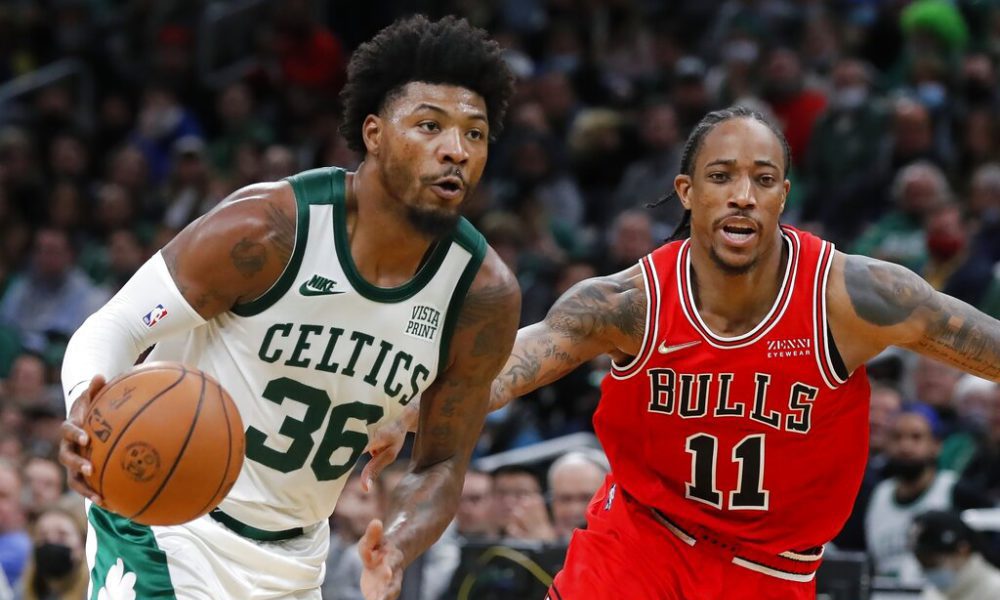 The Chicago Bulls beat the Boston Celtics on Monday and have the best record of victories of the NBA season while the Philadelphia 76ers defeated the Portland Trail Blazers despite the absences of Joel Embiid and Tobias Harris.

The Bulls prevailed 128-114 on the Celtics court and added their sixth win in seven games to lead the Eastern Conference alone.

Veteran DeMar DeRozan led the surprising Bulls to win with 37 points, well seconded by guard Zach Lavine, with another 26.

The Celtics fell to a 39-11 run in the fourth quarter, starting with a 14-point lead.

Boston, which has accumulated three consecutive defeats, was weighed down by another disastrous night in the shooting of its star Jayson Tatum, who finished with 20 points and 8/22 in shooting from the field.

In their turn, the Philadelphia 76ers beat the Portland Trail Blazers 113-103 although they could not count on their figures Joel Embiid and Tobias Harris.

On a poor shooting night, Damian Lillard had 20 points and 10 assists and CJ McCollum 20 and 3 for the Blazers.

The Blazers were unable to take advantage of the losses of Embiid (21 points and 8.7 rebounds on average), reserved for his knee problems, and Tobias Harris (19.8 and 9), who is lost due to the coronavirus prevention protocols.

The Sixers’ third sword, Australian Ben Simmons, remains to debut this season after he challenged the franchise leadership by requesting a transfer to another team.

Wells Fargo Center fans repeatedly sang chants of ‘We want Lillard’, referring to a desired exchange between the Blazers point guard and Simmons.

You can also read:  Prison without bail for the murderers of Dwyane Wade's cousin

The Sixers climb to fifth place in the Eastern Conference, with five wins and two losses, and the Blazers fall to ninth in the West (3-4).

In New York, the Knicks suffered their second loss of the season 113-104 to a rising Toronto Raptors.

The Canadian team, which adds its fourth victory in a row, had the best scoring night of OG Anunoby in his career, adding 36 points, accompanied by guard Gary Trent Jr with another 26.

For the Knicks, power forward Julius Randle finished with 22 points and 9 rebounds and guard RJ Barrett with 27 and 6 but the rest of the players, especially the substitutes, were very subdued.

In Charlotte, the burgeoning Cleveland Cavaliers defeated the Hornets 113-110 with an exhibition from center Jarrett Allen, who had 24 points, 16 rebounds and 3 blocks.

You can also read:  Alex Caruso, arrested for possession of marijuana

Cleveland, one of the worst teams in the NBA last season, is showing great improvement in this start with four wins and four losses.

The Hornets, meanwhile, are on a positive balance of 5-3 led by their talented point guard LaMelo Ball, who on Monday shone with 30 points, 7 rebounds and 6 assists.

Results of the day of Monday in the NBA: