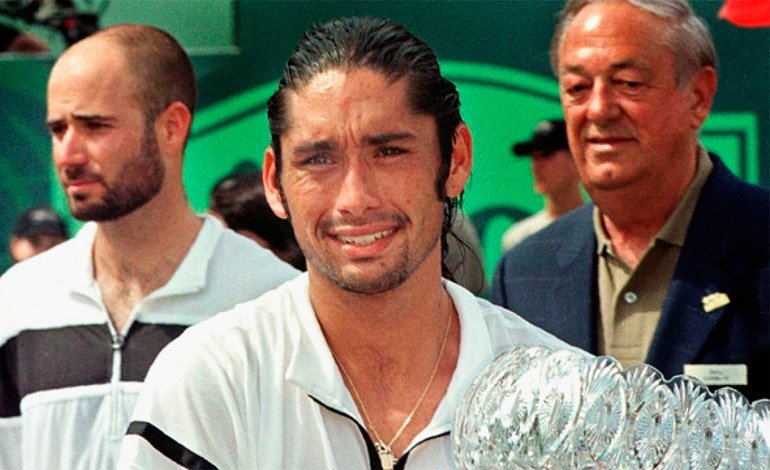 Chilean Marcelo “Chino” Ríos, world tennis number one in 1998, is the man who inspires Japanese Yoshihito Nishioka, who on Thursday faced Spanish Rafael Nadal in the quarterfinals of the Mexican Tennis Open.
«I like how Marcelo Ríos played. He was a ‘top’ player, I liked how he moved on the court and I have some of his technique, “the Japanese told Efe, who on Thursday surprised by complicating the pass to the semifinals for Spanish Rafael Nadal.
In 1998, Ríos was the fourteenth player and the first Latin American to lead the world rankings since it was implemented in 1974.
The “Chino” was the best in the world for four weeks between March and April and two more in August, when the circuit was dominated by American Pete Sampras.
Nishioka, 21, said that when he was a youth preparing for the IMG academy directed by tennis legend Nick Bollitieri, he told me “you play like Marcelo Ríos and then I started to watch his tennis.”
But in addition to the Chilean, Nishioka has the influence of his compatriot Kei Nishikori, five of the world, who has helped to increase the popularity of tennis in Japan with his outstanding performances.
“Kei has given me a lot of experience,” said the Japanese, who made himself known to the world this Thursday by surprising Nadal by complicating a match that the Spanish won 7-6 (2), 6-3.
“I have practiced with him many times, some in the academy, also in some tournaments and of course in Japan, sometimes I have seen him in his match, to see how he moves,” said Nishioka.
The Japanese, who reached the quarterfinals from the qualifying tournament, recalled that Nishikori has been in the top five worldwide
“He is a ‘top’ tennis player, I think he can be number one, he has shown us that we can reach higher,” said Nishioka, who has a great dream in tennis: “To win a Grand Slam, the one I like the most it is the US Open ».

You can also read:  Wawrinka advances with doubts, Murray scares them away