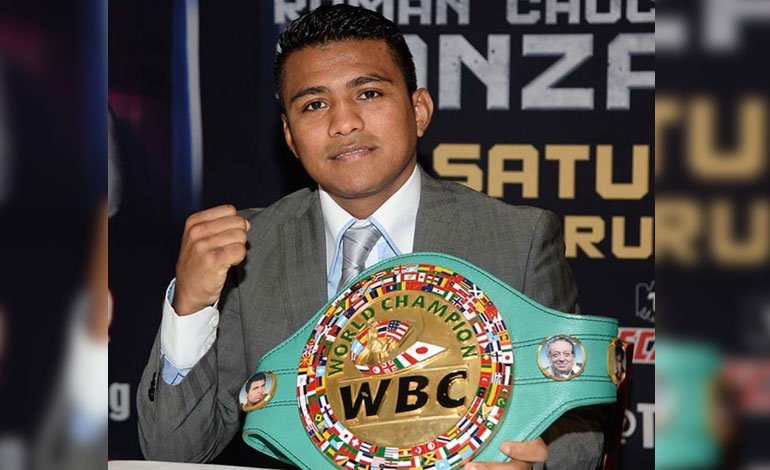 The four-time champion is excessively stuffed with boxing, at least for this year. Román «Chocolatito» González has nothing in mind other than rest, attending to his business and spending time with his family. Not one offer with a good bag has caused you to leave the comfort zone you are currently in.

In an interview with Levi Luna, from 8 Deportivo, Román confessed that he received a proposal from HBO to fight on December 10 in the United States, where he would make the first defense of his World Boxing Council (WBC) super flyweight title, which he won. on September 10, defeating Mexican Carlos “el Príncipe” Cuadras by unanimous decision.

You can also read:  Muhammad Ali's health condition could be serious

However, González declined HBO’s offer, claiming that he prefers to rest and the rivals they had for him are too complicated to face with little preparation time. What was most surprising is that the first option for the Nicaraguan was a direct rematch with Cuadras. If Roman did not accept, they put the mandatory challenger of the scepter, the Thai Srisaket Sor Rungvisai, as a second option, but he did not want to accept the confrontation.

“The truth is that we had only a few days for a fight in December, I’m not ready. It was for the 10th, I told them – to HBO – that if he was a bad fighter, he would take the opportunity, 10 rounds, without a championship. They offered me the fight with Carlos Cuadras or the Thai, it is crazy for a fight of that level, you have to prepare a lot and not with two months of time.

«This has been the year in which I have had the most blessings. I’d rather have one more fight and then face the ‘Rooster’ or Inoue. Difficult times are coming, because we do not want to fight if there are no high bags, “added the four-time champion, who considers that his fight against Cuadras should be considered the best of the year, also believes that he should be considered the best boxer of 2016. (Taken from Notifigth)