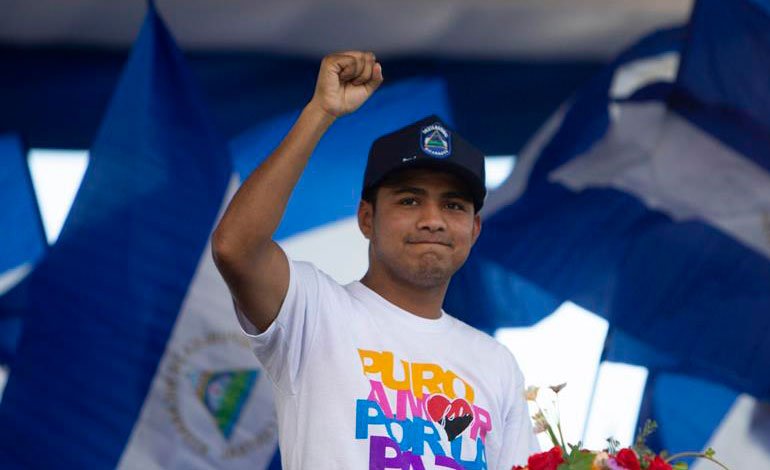 The super flyweight champion of the World Boxing Association (WBA) Román “Chocolatito” González was denounced for allegedly using his influence among the Nicaraguan authorities to take “repressive” actions against one of the largest investment groups in the Central American country.

Both the Coen Group and the American Chamber of Commerce of Nicaragua (AmCham) denounced that González, who successfully defended his world title yesterday, joined what they consider to be “repressive” actions by the Nicaraguan government against investors in the In recent years, when requesting an embargo for 1.15 million dollars, which was granted by the Judiciary.

“We condemn, once again, the use of the Judiciary as a repressive tool and possession of private property by force,” AmCham reported in a statement, referring to González’s action as “arbitrary.”

Previously, the Coen Group had made public that the boxer, a Sandinista and declared a “friend” of the Nicaraguan Police, requested the seizure of investors’ assets for an amount almost ten times higher than the amount agreed by both parties in 2017, in a advertising contract.

You can also read:  Raúl Curiel won again in the boxing world championship

According to the businessmen, González claims payment for promoting the Coen Group in three world championship fights, for which he would receive a property valued at $ 150,000 plus 25% of the amount for legal expenses, however, apparently the boxer has not complied with your part.

In a public statement, the investors expressed their concern about the case, given that González is close to the president of Nicaragua, Daniel Ortega, leader of the ruling Sandinista National Liberation Front (FSLN) and supreme head of the National Police, whose militants are pointed out. to seize the lands of the Coen Group without the authorities apparently defending the right to property.

The Coen Group denounced that, since the social outbreak against Ortega in April 2018, “the intimidating and repressive measures against us have not stopped.”

You can also read:  "Tito" Trinidad joins Stars of Fame

«More than 1,400 blocks (9,862 hectares) of productive lands continue to be taken by force by parastatals (groups) that in 2018 entered armed and hooded to seize said properties, stealing all the goods, machinery and equipment that were in it, destroying pastures and crops, cutting down reforestation forests, and exploiting without any control, “he added.

For its part, AmCham considered that the action of González and the Judiciary against the Coen “demonstrates, once again, the actions of the State in a country where arbitrary actions are committed against its citizens, its businessmen and collaborators, their right to private property and legal and fair defense ”.

The outbreak against Ortega in 2018 caused the Nicaraguan government and the private sector to break off relations, after having walked together in the so-called “public-private partnership model”, based on economic and political advances, which according to analysts became unsustainable because it left out the real needs of the population.

You can also read:  The 'Alacrán' Berchelt in the line of three Mexicans who made history

According to the Higher Council of Private Enterprise (Cosep), more than 3,494 hectares of land in Nicaragua remain “intervened by para-policemen and people related to the Government.”

Although González did not reach the same popularity in Nicaragua as in countries like Mexico, it visibly declined after showing his support for Ortega as a result of the conflict, which has left hundreds of deaths.