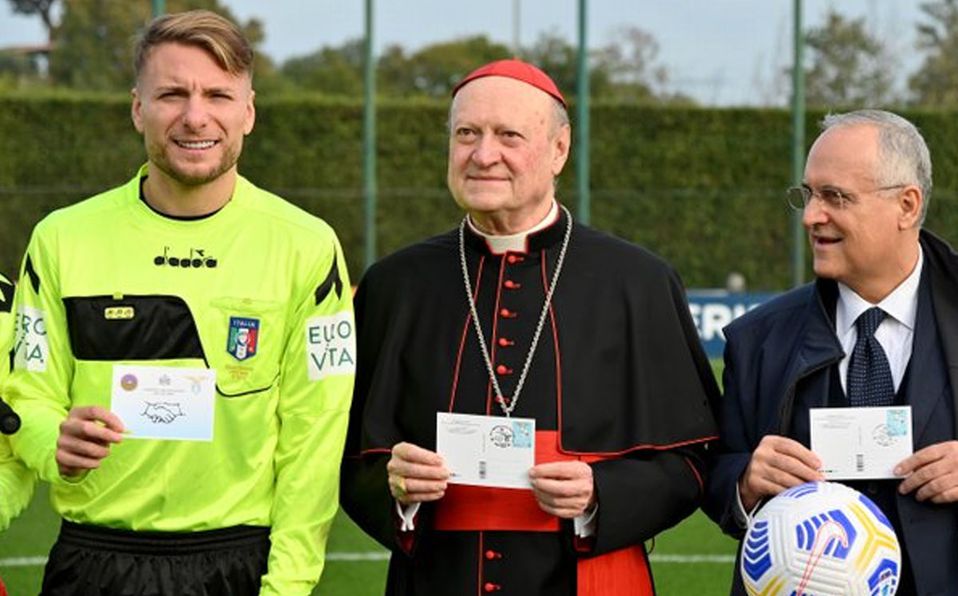 The world of football always brings surprises. The big surprise of the weekend was the European champion, Ciro Immobile. The Lazio and Italy striker had an appearance in a charity match, but this time as a referee. The leader of the Serie A scoring table (tied with Dusan Vlahovic) imposed justice in a friendly match.

While it is normal for elite footballers to have charity appearances, it is very rare to see them in referee uniforms. It was precisely this that caught the attention of Italian football with the appearance of the Lazio footballer in the match between the Vatican National Team and the World Rom Organization.

You can also read:  Simon Kjaer, more than just a captain for Denmark

The match took place in Formello, Lazio’s Sports City. The party aimed to promote the protection of the original Roma peoples. In addition to Immobile, Albania coach Edy Reja and Maurizio Sarri himself, current coach of the lazial team, also participated.

Ciro Immobile’s appearance in the charity match occurred just hours after the forward was applauded by the fans of the Roman team after breaking Silvio Piola’s record (1934-1943) as the top scorer in the club’s history. The forward reached the bulky figure of 160 goals.

The Italian is coming off a spectacular 202, in which he was Capocannoniere of Serie A with 36 goals (equaling Higuaín’s historical record), Best Forward in Serie A and Golden Boot of 2020. To this he added this year the immense achievement of the Eurocopa with the Selection of Italy, being part of the establishment of the Azzurra that imposed the record of unbeaten in the soccer of selections. (Bolavip)

You can also read:  Neymar injured and is out of PSG against Leipzig