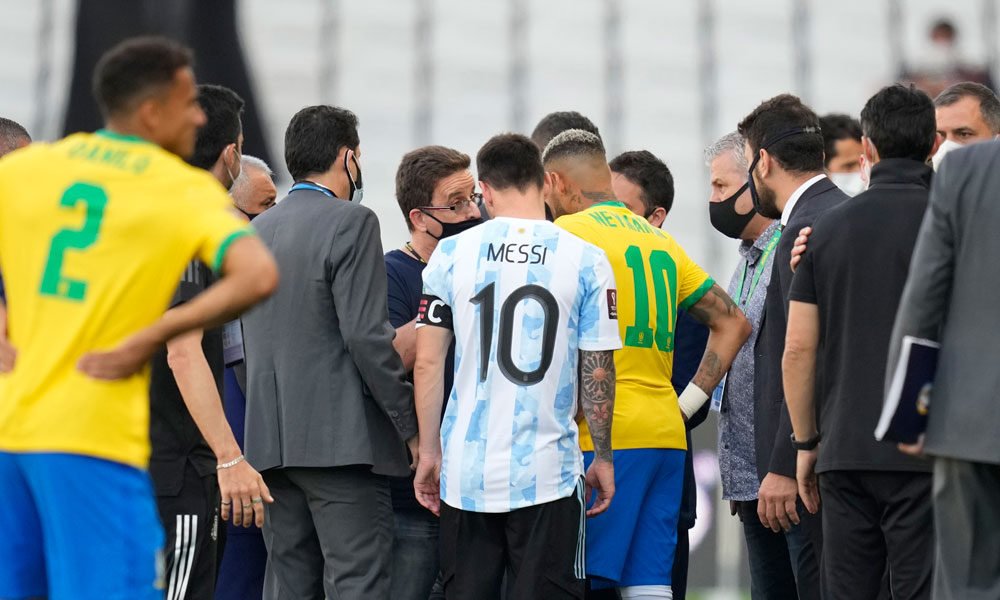 The classic Brazil-Argentina was suspended, announced by the Albiceleste team on the social network Twitter, after 30 minutes interrupted, when Lionel Messi’s team withdrew from the field five minutes into the game at the Maracana stadium.

“The meeting between #Brasil and @Argentina was suspended,” the tweet reported.

The meeting between #Brazil Y @Argentina was suspended.

The Argentine players, with Lionel Messi at the helm, left the field in the middle of the classic against Brazil in a game of the South American World Cup that takes place this Sunday in Sao Paulo before an apparent order from the Brazilian health authorities to prevent some Argentine footballers from continuing on the court. AFP (HN)

You can also read:  They stop 10 minutes match Marseille-Galatasaray for violence