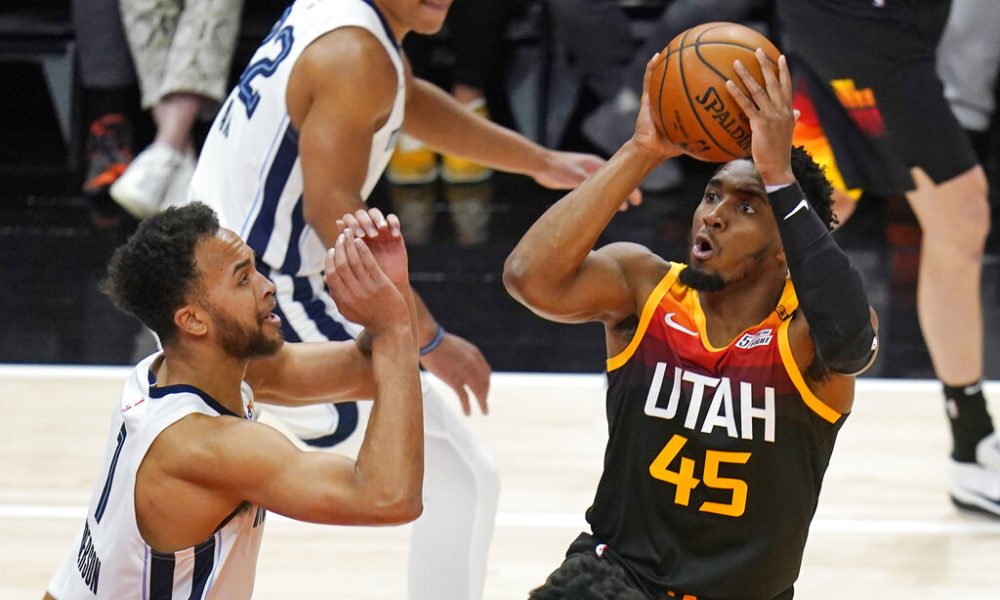 With another excellent performance from stars Kawhi Leonard and Paul George, the Los Angeles Clippers beat the Utah Jazz 118-104 on Monday in the NBA to tie two wins each in this Western Conference semifinal series.

Leonard and George are the only pair of Clippers teammates to score more than 30 points in the same playoff game more than once (Game 3 and Game 5 of the first round in 2020 and now this postseason in the semifinals) .

Leonard has had 11 playoff games of more than 30 points.

You can also read:  Celtics continue unstoppable and achieve their eighth consecutive victory

The next best-of-seven game in this series will be Wednesday in Salt Lake City, Utah.

Leonard and George combined for 62 of the Los Angeles quintet’s points, the second straight game that both have had more than 30 points.

Leonard provided the highlight of the night with his dunk at the end of the second quarter. He got the ball just past the 3-point line, passed Royce O’Neale in the lane and then crashed it over Derrick Favors to give the Clippers a 62-38 lead with 1:24 remaining in the second quarter. .

Leonard and George have each scored at least 20 points in the 11 games this postseason.

You can also read:  Michael Jordan, voted best in history by NBA players

They are the third duo in NBA history to achieve that mark in a team’s first 11 playoff games and the first since Shaquille O’Neal and Kobe Bryant to do so with the Lakers in 2003.

Marcus Morris added 24 points and made 5 of 6 3s for fourth-seeded Los Angeles.

Canastero star Donovan Mitchell led Utah with 37 points, making him the first player since the Golden State Warriors’ Stephen Curry in 2019 to have six straight 30-point games in the playoffs.

Joe Ingles added 19 points and Bojan Bogdanovic 18 for the top-seeded Jazz, who have lost consecutive playoff games for the first time this year.

You can also read:  Kevin Garnett says goodbye to active basketball after 21 years in the NBA

Los Angeles’ biggest lead in the first quarter was 19 cards, as it was 6 of 12 on 3s and forced six turnovers from Utah.

Morris hit a pair of free throws with 5:21 remaining to put the Clippers up 51-22, which was their biggest lead of the night.

They held a 24-point lead at halftime (68-44), tying their second-largest lead in postseason franchise history.