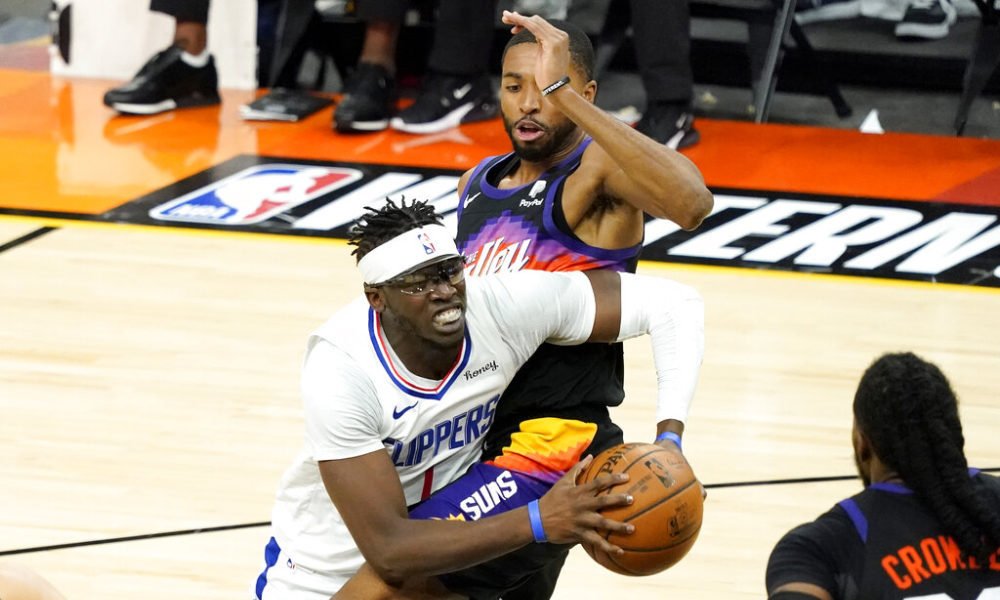 With the best performance of Paul George in a playoffs, the Los Angeles Clippers achieved a valuable 116-102 victory on Monday at the Phoenix Suns court with which they approach 3-2 in the final of the NBA Western Conference.

Paul George, assuming the stripes in this series against the loss of Kawhi Leonard, was the great figure of the game with 41 points, the highest number of his postseason career, 13 rebounds and 6 assists.

The forward scored 20 of his points in a frenzied third quarter while point guard Reggie Jackson (23 points) appeared with two straight triples in the fourth quarter as the Suns got closer on the scoreboard.

With their star Kawhi Leonard on indefinite loss, the Clippers once again displayed their survivability with which they have already rallied 2-0 in the first two rounds of these playoffs against the Mavericks and Jazz, and now deal with the Suns.

The Suns, for their part, wasted the first of their three chances to return to the NBA Finals after a 28-year absence.

Devin Booker (31 points), point guard Chris Paul (22) and the rest of the Suns will have a new opportunity on Wednesday at the Staples Center in Los Angeles.

From the start, the Clippers came out eager to extend the series with an excellent 20-point performance from Marcus Morris in the first half, which gave the Los Angeles team a 59-52 lead at the intermission. Morris finished the game with 22 points.

You can also read:  VIDEO.- Stephen Curry caused the "fainting" of a child

George was fantastic after a tough night in the previous game, scoring 20 of his 41 points in the third quarter. He ended up making 15 of 20 shots from the field, including 3 of 6 triples.

For the ´Soles´, in addition to Booker and Paul, who is trying to reach a final for the first time in a 16-year career, Denadre Ayton also showed off with 10 points and 12 balls recovered in the rebounding fight.

Ayton was coming off catching 22 balls under the boards in Game 4, the most of his career, plus 19 cards and four blocks. Ayton thus put his name next to former star Tim Duncan (Spurs), the last player to reach those numbers in a 2003 conference finals game against the Dallas Mavericks (34 points, 24 rebounds, 6 blocks).

You can also read:  Kobe Bryant's number will be retired by the Lakers on December 18

The Clippers also played without Bosnian center Ivica Zubac, who missed his first game of the postseason with a sprained right knee.

The Clippers took a 91-78 lead in the fourth quarter and the Suns came close to 98-94 with 6:58 remaining, but LA responded with a 10-2 attack and walked away for the final victory.

The Clippers played inspired basketball in the first half, jumping to a 20-5 lead midway through the first quarter.

The Suns cut the lead to 44-42 midway through the second but the Clippers rallied again to lead by 10 cards.

The Suns are trying to reach their first NBA Finals since 1993, while the Clippers have never been this far in the postseason. (AFP)