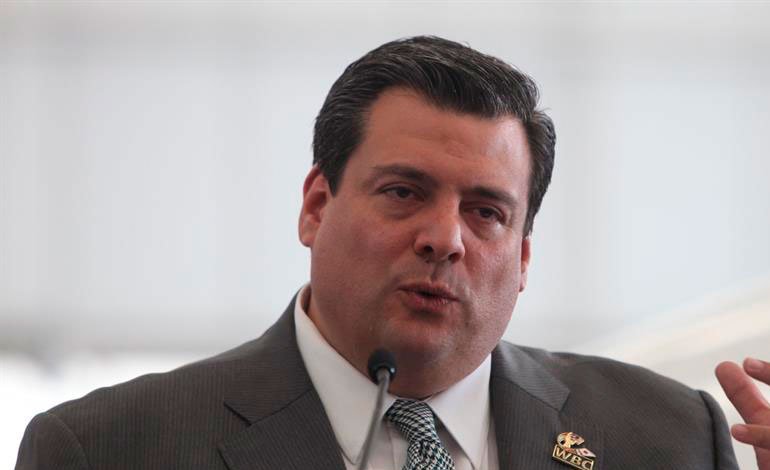 The World Boxing Council (WBC) announced that its Annual Convention will be held from August 12 to 15 in the Russian city of Saint Petersburg in a virtual way, which will reduce the risks of contagion of COVID-19.

“We all longed for the month of August so that we could meet in the majestic city of Saint Petersburg. Life has changed and unfortunately it is not possible to travel physically at this time, so today we officially announce our annual Convention will be virtual “, reported the agency.

In a statement to the media, the WBC office explained that the Russians do not forget the promise to make the annual meeting a unique event and persist in the idea, although the pandemic will not allow it to pass physically.

You can also read:  China's Yang and Turkey's Demir will contest the heavyweight final

“We are sure that we will feel at home, embraced by the warmth of the inhabitants of a city that combines culture, tradition, history and modernity, who have predicted enormous surprises”, says the note.

According to the WBC led by the Mexican Mauricio Sulaimán, the preparations have already begun and the organizers will take care of the details to guarantee success.

“We will have a spectacular agenda that includes the opening ceremony, various presentations, a review of the world rankings and the status of the mandatory defenses of each division, seminars for officers and meetings of all committees and special awards,” adds the information.

You can also read:  "Dog" still without offer

The Council explained that it intends to demonstrate the power of unity and that boxing is on its feet, despite the difficulties.

COVID-19 forced a halt to boxing activity in March and only this month closed-door fighting began.

Mexico City, the headquarters of the WBC, held its first function last Saturday in the return of boxing and for next Saturday it will have the second led by Mexican Miguel ‘Alacrán’ Bertchelt, super featherweight world champion, who will face his compatriot Eleázar ‘ Trunk ‘Valenzuela.

Bertchelt is preparing to expose his girdle to the undefeated Oscar Valdez in one of the most anticipated fights in boxing for the second part of the year, when the return of the functions with the public is expected. EFE (HN)