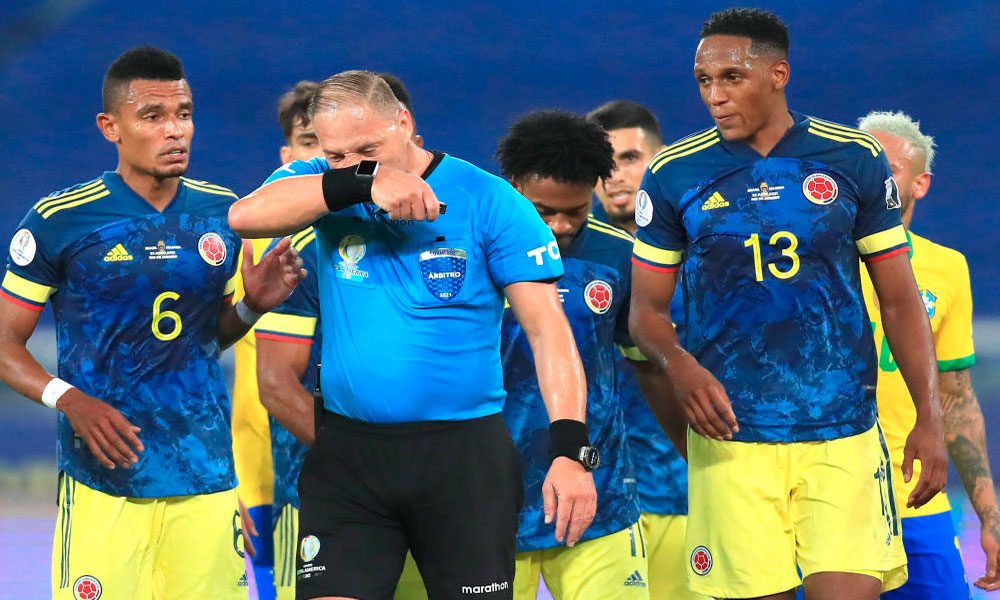 The Colombian Football Federation (FCF) asked Conmebol this Thursday for the “immediate suspension” of the Argentine referee Néstor Pitana and the VAR judges of the match that they lost 2-1 with Brazil, considering that they made a “serious mistake” when validating the goal with which Canarinha equaled.

On the fourth day of Group B of the Copa América, the hosts were surprised by the coffee approach but got the tie in a disputed play in which Pitana, who directed the opening match and the final of the 2018 World Cup in Russia, validated with VAR supported a score by Roberto Firmino and decided not to annul it after having deflected the ball himself.

You can also read:  Portuguese Paiva will arrive in Ecuador in January to replace Spanish Ramírez

«The FCF asked Conmebol for the immediate suspension of the match referees, as well as recently the Referees Commission suspended two Colombian referees for the serious and manifest error consisting of the annulment of a goal during the Qualifying match (…) between Uruguay and Paraguay on June 3, “the Federation explained in a statement.

Precisely, on June 4, the Referees Commission of the South American Football Confederation (Conmebol) reported the suspension “for an indefinite period” of two of the referees appointed for the Uruguay-Paraguay match.

The agency considered the suspension of Nicolás Gallo, VAR referee, and Miguel Roldán, assistant, for incurring “serious and manifest errors” in the match between Uruguay and Paraguay.

You can also read:  Derby County fires Phillip Cocu and replaces him with Wayne Rooney

Specifically, they cite the cancellation of a goal against Uruguay, scored by Jonathan Rodríguez in the 23rd minute, “of course offside,” according to the Conmebol statement.

Along these lines, the FCF also filed a “protest note” with the South American Football Confederation today and explained that “at minute 77 of the game there was a play where the ball bounces off the central referee Néstor Pitana and leads to a promising attack for the Brazilian team that ends in a goal ».

“The VAR even told the referee that the pass from the Brazilian player that bounced off the referee was going to be received by a Colombian. However, the central judge and the VAR referees decided to omit the application of Rule 9 of the rules of the game, directly affecting the result of the match, “said the FCF.

You can also read:  Blamed for the death of Maradona were booked in Argentina

After beating Venezuela 3-0 and Peru 4-0, the new victory guaranteed Brazil the first place in Group B, with 9 points, and left Colombia in second place, with 4 and already with guaranteed classification despite because he has no pending matches.

Peru is also third with 4 but with a worse balance of goals and the classification is closed by Ecuador and Venezuela with 2 integers. EFE. (JL).