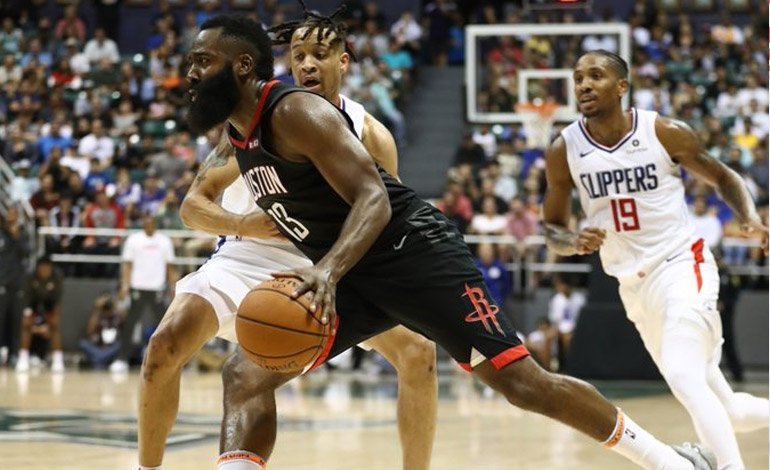 Not even a month has passed since NBA commissioner Adam Silver witnessed the basketball World Cup gold medal game in a Beijing arena, in the company of other dignitaries of the sport.

That night everything was happiness.

Silver’s return to China later this week will be very different.

The relationship between China and the NBA – a multi-million dollar union involving media rights, internet broadcasts, official merchandise sales and much more – is undergoing tension on a level never before seen since the league began to take root in the Asian giant of formal way three decades ago.

A message on Twitter, now deleted, from Houston Rockets general manager Daryl Morey, showing support for the anti-government protests in Hong Kong immediately sparked backlash, an incident that was exacerbated as the NBA contends. two exhibition games in China this week.

“We offer our apologies,” Rockets star James Harden declared Monday from Japan. “We love China. We love to play there… They show us the utmost support and love. So we thank them with value as fans and we love their way of being and we appreciate the support they give us individually and as an organization ”.

It is this support that is undergoing a severe test, be it because of tweets that were eliminated, because of the uproar around an NBA statement that lost part of its meaning in translation when it was published in Mandarin, or even for Monday’s announcement of the cancellation of two G League games to be held in China between minor league affiliates of the Rockets and the Dallas Mavericks.

You can also read:  DeMarcus Cousins ​​will undergo surgery at the end of the season

“There is no question, the economic impact is evident in advance,” Silver told Kyodo News in an interview on Monday. “There have already been quite drastic consequences of that tweet, and I have read in some media that suggests that we are not endorsing Daryl Morey, but in fact we do.”

The NBA is hugely popular in China: Figures frequently cited by basketball executives in both China and the United States indicate that 300 million people play the sport recreationally and that approximately 500 million Chinese watched at least one NBA game Last season.

Currently, about 200 NBA employees work in offices in Beijing and Shanghai. The games are broadcast live on the internet and the Chinese media covers all the major events in the league, such as the All-Star Game and the NBA Finals. The league has held preseason games there for years, has three NBA academies around the country – created to find the league’s next Chinese star – and several big-name players who travel between seasons to promote their brands.

You can also read:  Antetokounmpo and Bucks seize the best brand in the NBA

Plus, the Rockets are one of China’s most recognizable teams, no doubt because Chinese star Yao Ming – a Hall of Famer – spent his entire NBA season with Houston.

Yao is now the president of the China Basketball Association, which announced over the weekend that it would suspend its ties with the Rockets in retaliation for Morey’s tweet. AP