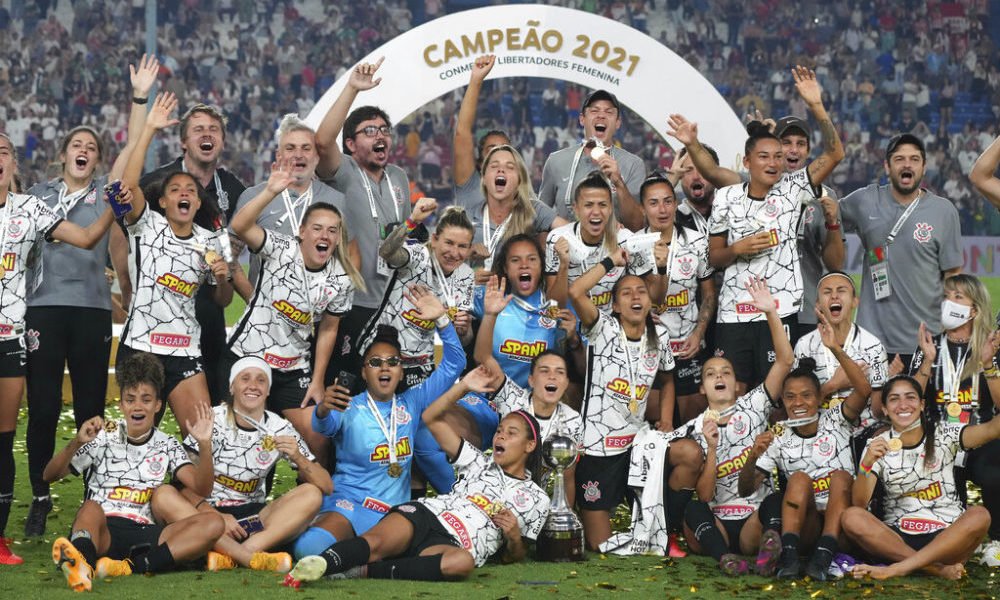 The Brazilians from Corinthians won the 2021 Women’s Copa Libertadores this Sunday by defeating the Colombians from Independiente Santa Fe 2-0 in the final in Montevideo.

Adriana at 9 minutes and Gabi Portilho at 41 scored the two goals that crowned ‘Timao’ at the Gran Parque Central stadium in the Uruguayan capital.

The Brazilians thus became three-time champions of the women’s Libertadores after having won the contest in 2017 and 2019, matching the mark of Sao José, another Brazilian team.

On a night of oppressive heat, the game had a fairly smooth process, with several chances missed by Santa Fe, while Corinthians was rewarded for its effectiveness.

You can also read:  Monterrey beat America and is champion of the 2021 Concacaf Champions League

Although the ‘Leonas’ surprised by taking over the initiative in much of the match, with greater possession of the ball, the players of the São Paulo team asserted the fame of their fierce forward.

Counting the two goals of the final, those led by Arthur Elías scored 24 goals in the six games of the contest.

Santa Fe had, among many others, an incredible chance in the first half after a big mistake by the rival defense. First, the Corinthians goalkeeper, Kemelli, erred when trying to cut a pass outside the area, leaving the goal totally free. A defender recovered the ball but lost it after a bad pass that Joemar Guarecuco cut, who failed to define well and sent the ball out.

You can also read:  Lewandowski receives the Golden Boot: I do not compete with Messi and Cristiano

Likewise, those led by Albeiro Erazo failed to repeat the good defensive order they maintained in the Cup, although goalkeeper Katherine Tapia could do little in the goals, an essential figure for the ‘Leonas’ to reach the final.

One of the photos of the match took place at the beginning of the match, for non-sporting reasons.

Before the opening whistle, during the minute of silence for the victims of Covid-19, the players and the Corinthians technical team waited on their knees and with their fists raised, against racism.

The gesture took place after the episode denounced by the team in the semifinal against Nacional de Montevideo, after which they accused one of the Uruguayan players of having issued a racist insult on the field against one of their soccer players. (AFP)

You can also read:  AFA confirmed where the Argentine national team will play the next home games