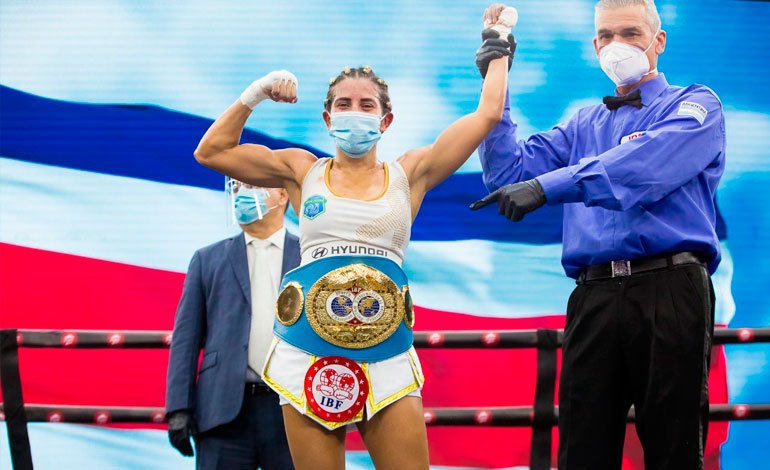 The triumph of the Costa Rican resulted in a score of 98-91, 100-90 and 100-90 on the judges’ cards, which demonstrated the dominance of the champion in the fight played at the Arena Oxygen, in the Costa Rican city. de Heredia, without an audience due to the covid-19 pandemic.

In an intense fight from start to finish, Valle imposed his conditions and little by little he demonstrated his best fighting technique and precision when it came to connecting the blows to the face of a rival who practically all the fight kept her guard down.

You can also read:  Cuba sweeps Uzbekistan in semifinal of World Boxing Series

The constant 1-2 combinations were causing damage to Hazuki, who ended the fight with a small cut on his right eye, from which he bled in the last two episodes of the 10-round match.

The Japanese tried to overcome the fight from the fifth episode, but her style with the low guard and fast lunges, was countered by the champion with accurate blows to the face.

«I want to thank Sana Hazuki. I knew it was not going to be an easy fight, she gave a war in the ring, it was a true world champion fight, “Valle said after the fight.

Yokasta Valle, 28, said that “there is a champion for a while” and that he hopes to fight again “as soon as possible” against a rival to be defined.

You can also read:  Billy Joe Saunders has successful surgery, after fight with Canelo Álvarez

Valle, whose record stands at 21 wins (8 by KO) and two losses, won the title in 2019 by beating Spain’s Joana Pastrana, and in February 2020 she successfully completed her first defense against the Philippine Carleans Rivas.

During the fight this Saturday, Valle had the names of the most recent victims of femicide in Costa Rica printed on his gloves, as a way to make this problem visible.