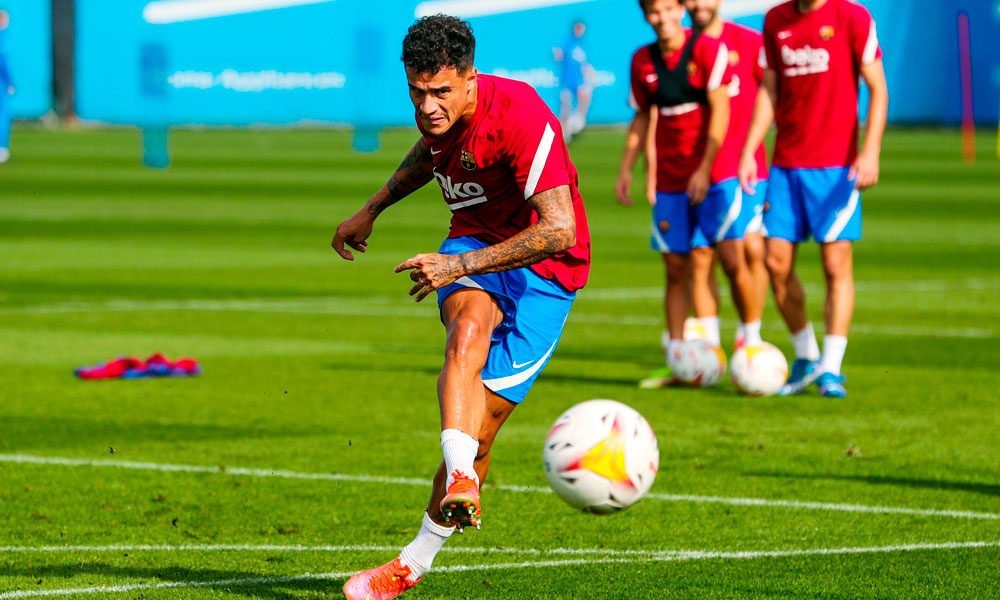 Barcelona’s Brazilian midfielder, Philippe Coutinho, assured this Monday that the legendary Xavi will do a “great job” as coach of the Spanish club, mired in an institutional and sporting crisis.

«Xavi was a great player, a great football idol, and now he is back home to Barcelona. I hope he will be very successful with the group we have, “Coutinho said at a press conference in Sao Paulo, where he is preparing with Brazil for the double round of the South American qualifier for the Qatar-2022 World Cup.

“Be the person that he is, he is surely going to do a great job at Barcelona,” added the midfielder, who gradually resumed playing minutes after a serious knee injury suffered last December.

You can also read:  River-Boca, another decisive superclassic in the return of fans in Argentina

Coutinho assured that he was unaware that the Brazilian Football Confederation had contacted Xavi to be Tite’s assistant and assume the technical direction of the ‘Seleçao’ after the Qatar World Cup, according to the now Culé coach in his presentation with Barça this Monday.

After developing his award-winning career as a midfielder at Barcelona, ​​Xavi took over on Monday from Ronald Koeman from the Netherlands almost two weeks ago after a string of poor results.

On his return to the Brazilian team after a year of absence due to his physical ailments, Coutinho declared himself “happy” and excited to face the games against Colombia on Thursday in Sao Paulo and against Argentina on Tuesday in San Juan.

You can also read:  Löw and the commitment to maintain system and personnel, in the face of critics

“It’s as if it were the first time, that’s how I always face it when I’m here in the national team. It is always an honor to wear this shirt, “he said.

The midfielder, World Cup in Russia-2018, assured that he is recovered “one hundred percent” from his meniscus injury and “mentally stronger” after overcoming his ailments.

“We have important games, Colombia and Argentina, for which we are going to prepare to the maximum,” he said.

Undefeated leader of the tie, Brazil can seal its ticket to Qatar on the double date, the last one in 2021.

In the absence of six dates, the ‘Seleção’ leads with 31 points, followed by Argentina (25), Ecuador (17) and Colombia (16). Uruguay (16) occupies fifth place, the playoffs with a team from another confederation. (AFP)

You can also read:  Vinicius: "Things are turning out as a result of work"