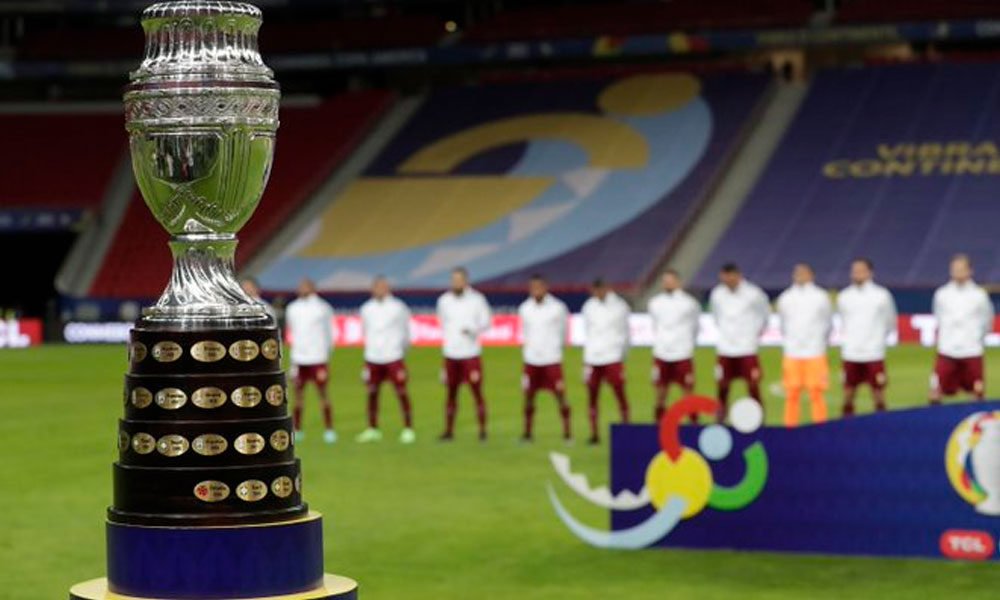 The number of people infected with covid-19 in the soccer delegations that compete in the Copa América and employees of the organization of the tournament that has been held since Sunday in Brazil rose to 52 cases, the Ministry of Health reported.

According to the source, 33 of the positives correspond to players and members of the national teams, and the other 19 to employees of the event, which will be held until July 10.

The cases have been compiled with information obtained by Conmebol, which brings together the ten soccer federations in South America.

The Ministry of Health reported in a statement that 3,045 RT-PCR tests have been carried out to date among players, members of delegations and service providers, with a preliminary balance of 52 positives for SARS-CoV-2.

You can also read:  Mexico presents roster for Gold Cup with Funes Mori on board

The cases among the employees of the organization have been registered in Brasilia and Rio de Janeiro, two of the four venues of the event that is disputed between strong criticism from political, health and even sports sectors.

In this sense, the aforementioned sources did not know how to specify if there are duplicate cases of the same player or worker who has tested positive in two different tests.

Brazilian health authorities reported that they are also analyzing whether the cases are related to new variants of the coronavirus.

You can also read:  Juventus will increase capital by 400 million

The results will be known in about 14 days, “the period necessary to carry out the analysis,” indicated the Ministry of Health.

Before the ball began to roll, the first outbreaks of coronavirus were known.

The most affected so far has been the Venezuelan delegation, which has registered 13 cases of covid-19.

This forced Conmebol to change the regulations of the Copa América and nullify the limit of five changes in calls caused by SARS-CoV-2, which allowed Vinotinto to call another 15 soccer players.

Likewise, individual cases have been detected in the templates of Colombia, Bolivia and Peru.

You can also read:  Maracanã will host the 2021 Copa América final

Despite the delicate situation, the Government of Jair Bolsonaro, who denies the seriousness of the pandemic, gave the green light to the celebration of the Copa América in Brazilian territory, after the two initial venues, Colombia and Argentina, gave up for various reasons. including the pandemic. EFE (hn)