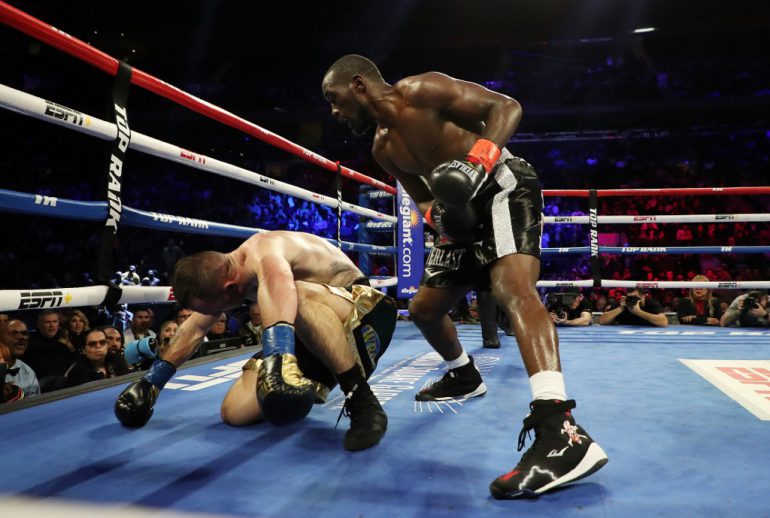 Crawford scored three tackles in a ninth-round TKO victory over Kavaliauskas and retained his 147-pound title for the third time in the presence of 10,101 spectators at Madison Square Garden.

The still champion managed to knock down his opponent in the seventh round and two more in the ninth, but he also received a lot of punishment from the Lithuanian.

Crawford, who has already been world champion of junior welterweight, and of the division welterweight, has not been able to dispute a first level fight, with a rival of high quality.

You can also read:  Holyfield is humiliated by Vitor Belfort

The American, who starts his fights right-handed and then switches to left-handed, has boxed left-handed from the first round bell.

In the third, Kavaliauskas landed a right hand causing Crawford to hold onto him, and when the Lithuanian fighter returned to land several more punches, Crawford knelt, but referee Ricky Gonzalez ruled it was a mistake.

Kavaliauskas hit several more rights in the fourth round that caused a swelling in his opponent’s right eye.

Again the Lithuanian fighter hit an excellent left and right combination that left Crawford knocked out early in the seventh round. But the American found the right moment to punish with a solid right hand behind the ear of a Lithuanian boxer, who suffered the harshness of the blow and fell to his knees.

You can also read:  Tyson still looks scary, but he shouldn't box

In the eighth, Crawford controlled the actions in the ring and almost at the end of the round he returned to put two powerful rights, which left Kavaliauskas almost out of action.

The American finished the job in the ninth round, when he first dropped Kavaliauskas with a combination and then a right uppercut and a right hand to the head that sent him to the mat.

Moments later he punished him again with a right hook to the head that sent him to his knees to the mat, and the referee immediately called off the fight at 44 seconds.

You can also read:  Fight of the century, to court