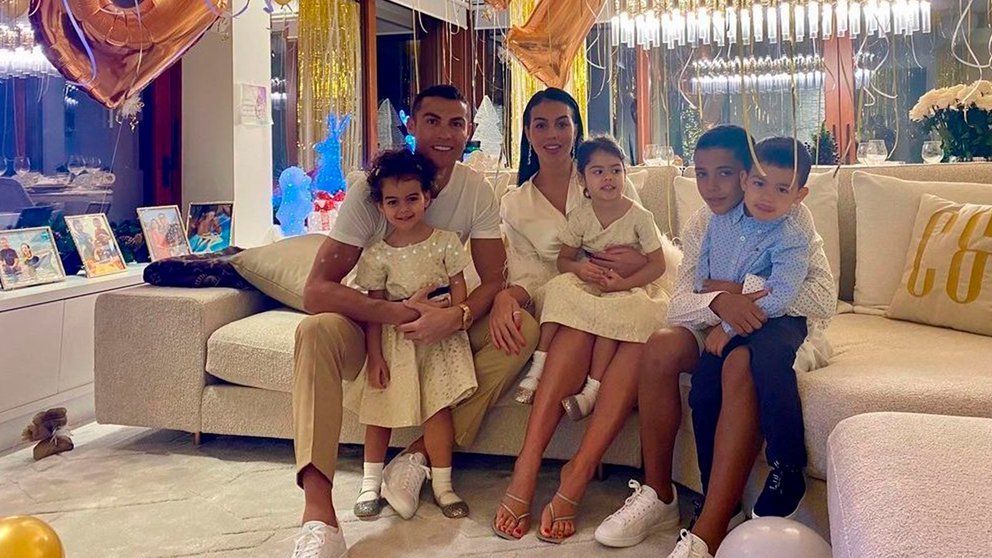 Cristiano Ronaldo and Georgina Rodríguez were in charge of confirming a news that had begun to circulate around the world during the first hours of Thursday: they will be parents again. With a message on social networks, they released some details and surprised by announcing that the Spanish model is pregnant with twins

“Nice to announce that we are expecting twins. Our hearts are full of love, we are eager to meet you, “they both wrote on their respective Instagram accounts where they shared a photo in which they are seen both with the ultrasound in their hands.

The two used the same text and in a matter of minutes they surpassed the barriers of 5 million likes in the respective official profiles. In Cristiano’s account, the first messages of congratulations from colleagues such as Manchester United goalkeeper David de Gea or former Juventus midfielder Miralem Pjanic could be seen. “God knows all things. Two more for the elite troop ”, Katia Aveiro signed her brother Cristiano.

You can also read:  Ronaldo: I would give my two little fingers to have the Libertadores and the Champions League

With this great news, CR7 will become a father for the fifth time. In 2010 was his first experience with Cristiano Jr, who follows in his footsteps in the world of sports. Today, the 11-year-old is playing in Manchester United’s youth teams alongside Wayne Rooney’s son, Kei. The current Manchester United striker had confirmed the news that time through his Facebook profile and clarified: “As agreed with the mother of the baby, who prefers that his identity be confidential, my son will be under my exclusive guardianship.”

Later, in June 2017, Mateo and Eva came to the world, born by surrogacy and in full courtship with Georgina Rodríguez, who took care of them as if they were hers. Finally, in November of that year, Alana Martina was born, the first daughter they had in common.

You can also read:  Koeman: The challenge is so great that I only ask for calm and time

“My desire for motherhood is stronger than anything. I hope to have more children ”, the model and businesswoman announced a few months ago to the magazine Hola de España, regarding this issue. “I want seven, the magic number, and I think that’s fine,” said the Portuguese star in 2017 in an interview with France Football magazine.

This announcement comes at a time of fulfillment for both of us. While the footballer returned to the team of his loves to be the benchmark after 13 years making history outside of England, Georgina is going through a good time at work with his campaigns in addition to his long-awaited debut on the small screen, when the Documentary that he filmed for Netflix in which he will review his entire life.(Infobae)