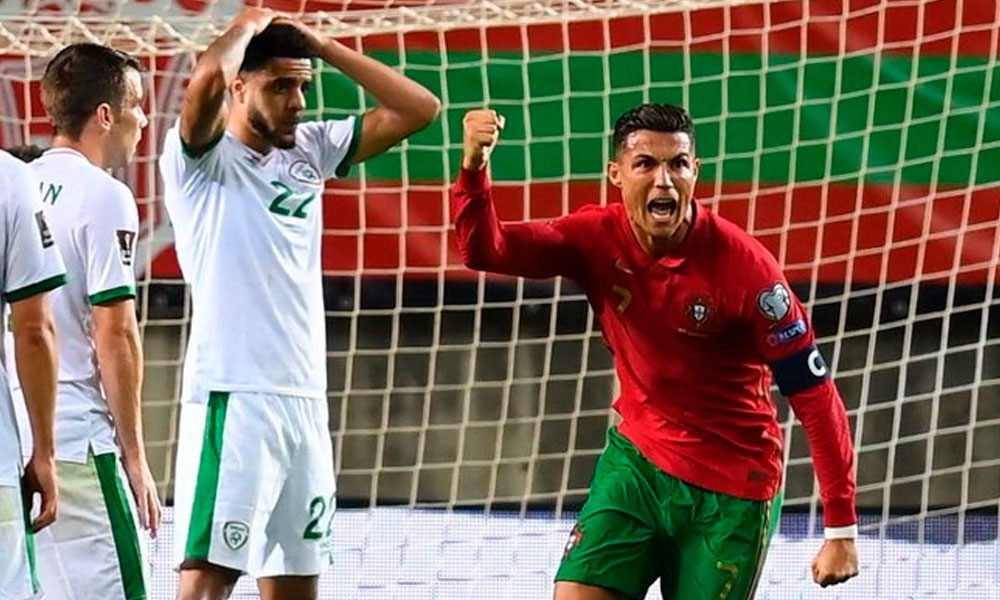 Portuguese Cristiano Ronaldo became the top scorer for teams in football history on Wednesday by adding his 110th goal for Portugal and surpassing the 109 goals of Iranian Ali Daei.

Cristiano, 36, set the record at the Estádio do Algarve thanks to a header against Ireland in the 89th minute, in a qualifying match for the World Cup in Qatar 2022.

The feat was to be expected, as the footballer had the opportunity to achieve the record in the 15th minute with a penalty shot, but was stopped by the Irish goalkeeper, Gavin Bazunu.

It was not the only milestone that the already Manchester United player achieved tonight, who, with 180 games, also equaled Sergio Ramos as a European player with the most international appearances.

You can also read:  Monterrey defeats Cruz Azul and enters the league zone

With his 110 goals in 180 games with the «quinas» shirt, the Portuguese threw an average scorer of 0.61 goals with his national team.

Cristiano adds another milestone to his collection of national team records, as he is also the top scorer in the final stages of the European and World Cups.

In addition, he is the all-time top scorer of the Eurocup with 14 goals, ahead of the nine of the Frenchman Michel Platini.

In Euro 2020, he was proclaimed top scorer of the tournament – despite Portugal falling in the second round – and thus became the oldest player to be the top scorer in a European Championship.

You can also read:  They enable physical points of sale of tickets for matches in El Salvador in the octagonal

With the Portuguese elastic, Cristiano was proclaimed champion of the Eurocup in 2016 and of the League of Nations in 2018.

The forward scored his first goal with the “quinas” on June 12, 2004, during the discount of the opening match Portugal-Greece of Euro2004. EFE (HN)