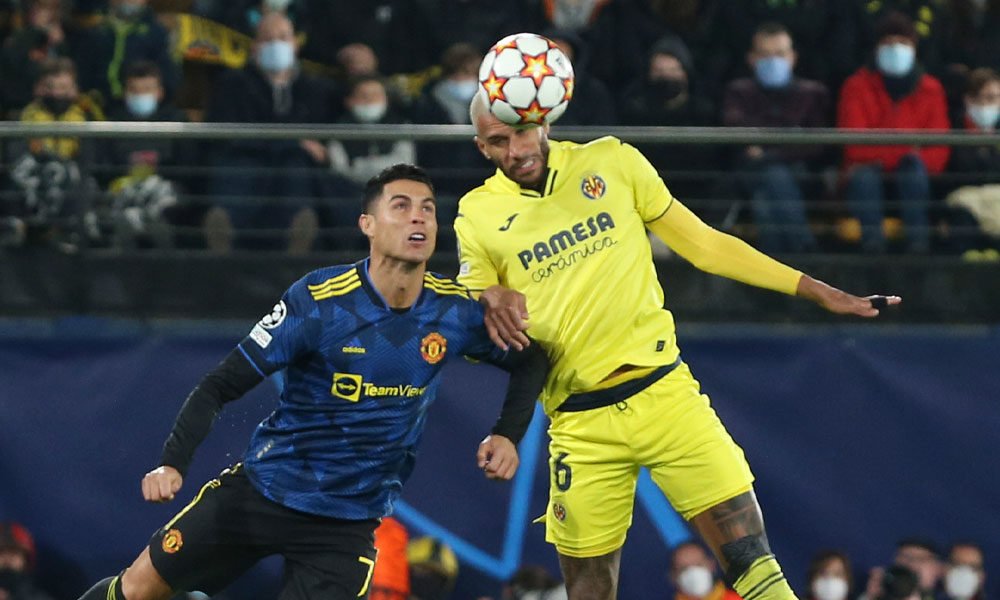 A great David de Gea and an accurate Cristiano Ronaldo became executioners in La Cerámica de Villarreal who, after dominating much of the duel and forgiving his rival, went from more to less against an effective Manchester United (0-2 ).

After going unnoticed, Ronaldo appeared in the 77th minute to define against Rulli after a great local defensive failure after De Gea had previously supported his team with his saves, especially two outstanding ones to Manu Trigueros.

Villarreal took possession of the ball early and with long combinations tried to unsettle the defensive system of the British team, which was compromised with a good shot by Moi Gómez from outside the area that forced De Gea to intervene.

At the pace set by Dani Parejo, Villarreal controlled a game in which United waited behind in search of a counter or some action from set pieces.

In that situation, the locals, through Yeremi, on two occasions, or Pau Torres, were the most active in attack against an opponent who did not want to possess the ball, he waited for Villarreal on their own ground and focused his goal on not losing his place. in the countryside.

You can also read:  Maradona's lawyer testifies as a witness for the death of the idol

In addition, with Cristiano Ronaldo glued to the band, another of the successes of Unai Emery’s team was to prevent the Portuguese player from coming into contact with the ball.

Despite the fact that the crash had entered a phase of more control and fewer approaches to the visiting area, De Gea starred in a brilliant action by taking out a great hand against a hard shot by Manu Trigueros.

United’s first dangerous offensive action came about half an hour into the game, the result of an improvement in the game by Michael Carrick’s team that allowed him to reach Rulli’s area, although without the Argentine goalkeeper having to intervene.

Although the game was balanced in the last quarter of an hour of the first half, in the final minutes Villarreal again besieged the goal of the British team, but the lack of success of the locals and the good work of De Gea prevented the marker moved.

The second part started with a lower rhythm than the first half had. Both teams tried to avoid at all costs a ruling that would condemn them.

The figure of United’s Spanish goalkeeper re-emerged to save his team with a prodigious hand against a hard shot by Trigueros at 58 minutes into the game.

Villarreal accumulated the best scoring chances, reached the rival area with relative ease, but found themselves with the lack of success in the last meters of their attackers and with an outstanding De Gea.

The entry of Bruno Fernandes in the second half gave greater mobility to the British team’s midfield and if De Gea had saved his team, it was Rulli, with another providential intervention, who prevented the score from being uneven before a great chance of Sancho.

United arrived more physically into the final stretch of the game, which led to the roles being reversed. Carrick’s team came to dominate and hovered around the rival goal, while Villarreal waited. The changes in the ranks of the English team did a lot of damage to Emery’s team.

A defensive blunder by Villarreal led to a goal for Manchester United. A play between Rulli and Capoue, who did not control well and lost the ball, was used by Cristiano Ronaldo, who had not appeared until then, to score in the 77th minute.

You can also read:  Everton avoids leadership of Manchester and Cristiano

Villarreal was on the ropes against United, who accumulated chances to score the second through Cristiano, Rashford and Sancho, who finally hit two minutes before reaching 90 to sentence the clash with the second goal.

Incidents: match of the fifth day of Group F of the Champions League played at the La Cerámica Stadium in front of 22,500 spectators. The match started eight minutes late due to problems in the refereeing team’s communication systems. EFE