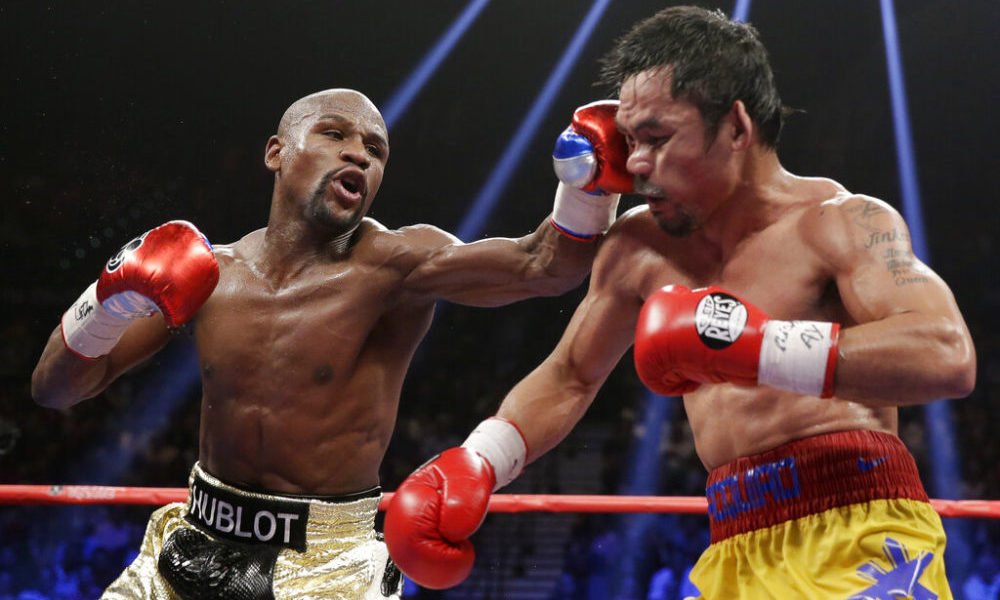 Perhaps it would be wise to build an additional wing at the International Boxing Hall of Fame, just to house all the new members who will be inducted this weekend.

The presence of Floyd Mayweather Jr. is enough to make Sunday’s ceremony one of the most anticipated in years. And if you add the likes of Roy Jones Jr., Andre Ward and Bernard Hopkins — as well as several trailblazing women — it’s easy to guess that the boxing arena in the small town of Canastota, New York, will fill up quickly.

The last two ceremonies have been canceled due to the pandemic. Thus, the selections corresponding to three different years have been brought together, a group of 27 boxers and 36 new members in total, which is attractive even for those who are only an occasional follower of this sport.

That includes a new women’s category, spearheaded by Laila Ali and Christy Martin, who rose to fame in the 1990s when she appeared in prelims for some Mike Tyson fights.

Organizers say all but one of the enthroned fighters will be present. Wladimir Klitschko, former heavyweight monarch, is in Ukraine along with his brother Vitali, resisting from the capital kyiv during the war launched by Russia.

You can also read:  George Floyd's funeral services will be paid for by Mayweather Jr.

Vitali Klitschko, the mayor of kyiv and also a former heavyweight champion, was inducted into the Hall of Fame in 2018.

There will be so many boxers that the event will be held in a nearby casino, and not in Canastota. Instead of fighting in a ring with fists, the honorees will have to fight to get enough time for their speeches.

It is the largest ceremony in the history of the hall that honors the greats of boxing.

FLOYD MAYWEATHER JR. — One of the best of all time, and perhaps the one with the greatest defensive virtues in history. His 50-0 record speaks to perfection, but Mayweather will be perhaps best known for the way he capitalized on his career better than his predecessors. He got about 200 million dollars for facing Manny Pacquiao in the fight with the juiciest purse in history. Mayweather made a similar fortune from facing off against UFC gladiator Conor McGregor, and his record as king of pay-per-view TV will stand for a long time to come. Is he the best in history, as he claims? No, but that does not prevent him from appearing among the candidates.

BERNARD HOPKINS- He was certainly one of the best in middleweight history, with a record 20 consecutive title defenses that he won in 1995. He later moved to 175 pounds and set a record as the oldest champion. At 46, he defeated Jean Pascal to seize the light heavyweight belt. Two years later, he took the title back at 48. He won his biggest purse when he knocked out Oscar de la Hoya with a body shot in 2004 and when he joined that same fighter as a shareholder in Golden Boy. Promotion. He not only stood out as a boxer, but also as a conversationalist, especially when the subject is himself.

ROY JONES JR. — At his best, he brought the perfect blend of speed and punch. Rivals had trouble even hitting him. At the 1988 Olympics, a controversial decision deprived him of a gold medal. He ended up winning titles in four different categories. One of those titles came in the heavyweight division, in 2003, when he beat John Ruiz. But the drastic move from light heavyweight took its toll on Jneos, who lost three of his next four fights at 175 pounds. The legacy was further diluted because he fought another 15 years with gray results.

WLADIMIR KLITSCHKO — One of the two gigantic Ukrainian brothers emerged from the Soviet boxing system. His career was nearly over in 2004, when he fell to Lamon Brewster. He recovered to dominate the heavyweight division for nearly a decade, fighting most of the time in Germany, where he had a large following. Less-savvy fans didn’t like his cautious style, but Klitschko showed he could get into the punching game as well, knocking down Anthony Joshua before 90,000 people in London before losing in 2017 in what was their last fight.

CHRISTY MARTIN — His story is as interesting as his fights were. She acted in several functions that involved Tyson. She was a tough boxer who was constantly on the move. Her bloody fight against Deirdre Gogarty in 1996, before a Tyson fight, made many fans give women’s boxing credence. Martin was stabbed and shot by her husband and her trainer, who is serving a prison sentence. She will also be inducted into the Hall of Fame by Laila Ali, who bore the weight of her famous father and went 24-0 at a time when few took women’s boxing seriously.