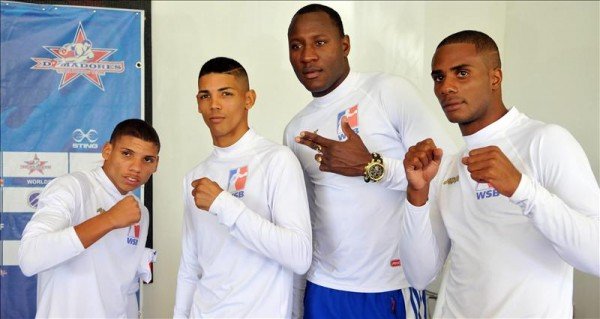 Domadores de Cuba announced today the selection that will receive the USA Knockouts in the match on April 4 at the Coliseum of the Ciudad Deportiva de La Habana, in the quarterfinals of the IV World Series of Boxing. As a novelty, the host line-up will include 2008 middleweight Olympic runner-up Emilio Correa, who has been absent from official competitions for almost two years, according to the sports digital site “Jit”.
Correa was integrated into the selected team because of the “excellent form” that he has shown in training and instead of the 81-kilogram champion Julio César La Cruz, who “is not at the top of his possibilities,” in the opinion of the National Boxing Commission. .
The Cuban roster in this five-fight schedule will be led by Olympic welterweight champion Roniel Iglesias, winner in two previous Series appearances.
The double world champion Lázaro Álvarez, winner in four starts in the light division, is also listed alongside those registered in the flyweight division, Gerardo Cervantes (2-2) and the super complete Yoandris Toirac (1-1).
In anticipation of needing an extra fight in the top flight, the Cubans have also included Yoandris Maceo (0-1).
Before this poster, the Tamers will face USA Knockout in the first leg series on Friday the 28th in the American city of Miami.
The Cuban team has not competed in the United States since the Houston world competition in 1999.
The Cuban team has won nine of its ten commitments in the elimination phase of this World Series and led group B with 28 points, a result higher than that of the North Americans, who accumulate 11 units and occupy the fourth position of the A key. EFE

You can also read:  Panama national team traveled to Greece to participate in the Muay Thai World Cup