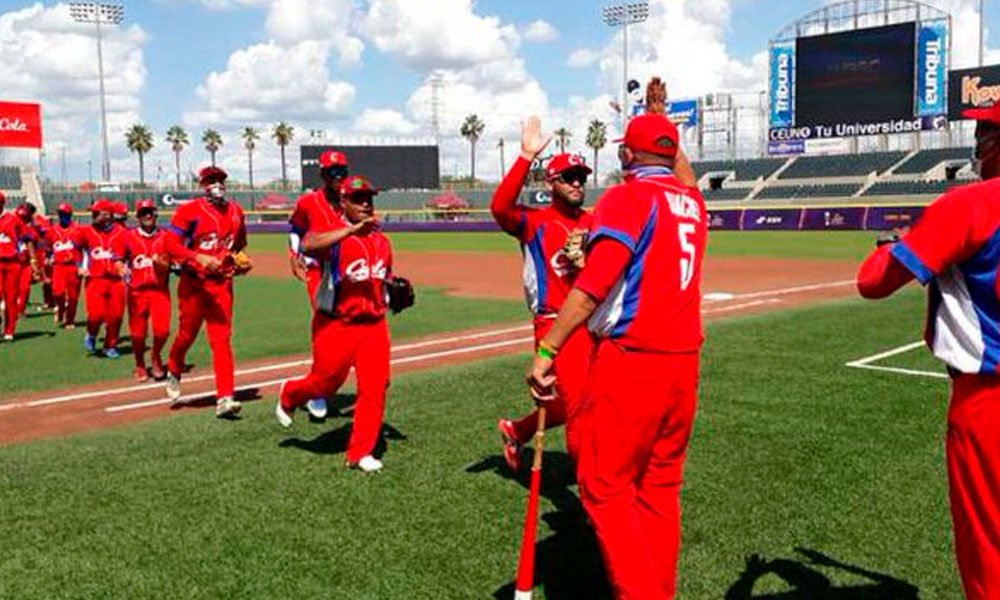 One fled the airport and several escaped from the hotel: this year, a record number of Cuban baseball players escaped in tournaments abroad, as the island suffers its worst economic crisis in three decades.

The Cuban team that played in the U-23 baseball World Cup in Mexico returned to the island on Monday, but with half of the 24 players who undertook the initial trip to the tournament.

It is the «World of dropouts», something «unprecedented in the history of baseball», explains to AFP Francys Romero, a journalist specializing in the subject and author of the book «El Sueño y la Realidad. Stories of the emigration of Cuban baseball (1960-2018) ».

One of the escapees explained how he jumped into a palm tree from the second floor of the hotel in the middle of the afternoon to take the vehicle that was waiting for him.

This phenomenon is not new, “it began in 1991, when a pitcher from the Havana (Industrial Club), (René) Arocha, left the national team at the Miami airport,” Romero recalls.

Since then, “two or three” baseball players have defected each year, the previous record being 1996, with nine. Many also leave the country legally, a possible option after the 2013 immigration reform, although now limited by a sharp reduction in flights due to the pandemic.

That year, the government also authorized athletes to join foreign clubs (except those in the United States), in an attempt to stop an exodus that has affected the country since the triumph of the Fidel Castro revolution in 1959, when the sport was abolished. professional, but that increased in the 1990s with the economic crisis.

The number skyrocketed this year and also changed the profile of those who escape: they are younger and are not always destined for a great international career, says Romero. His immediate goal is “to change his economic reality (…) and then the sports part.”

On social media, some Cuban netizens criticized them, but many others applauded them, aware of how difficult it is to live in a country with a severe shortage of food and medicine.

In June, during the Florida Baseball Pre-Olympics, three stars and the team’s psychologist left him. Cuba, with three Olympic titles and 25 world crowns in baseball, was then excluded from the Tokyo 2020 Olympic Games for the first time.

For Luis Daniel del Risco, the highest representative of the Cuban Baseball Federation (FCB), it is “a war” that is waged “with the simple objective of destroying Cuban baseball.”

Del Risco denounces “a campaign of harassment” by the scouts every time a Cuban team goes abroad. “These people have access to hotels (where they stay)” and go with the “objective of contacting the boys” to propose “to leave the team.”

They do the same through “phone calls”, “messages through WhatsApp” or “family”, which prevents players “can be focused on the game like other teams that go without that concern.”

“I have heard it said many times that depending on how baseball is, so is Cuba,” says Cuban novelist Leonardo Padura, a great fan of that sport and co-author of a book of interviews with Cuban baseball stars.

Padura maintains “that what happened in this championship is a representation of what is really happening in the country, that migratory fury” that has also been translated in recent months in a rise in “rafters”, Cubans who cross the Strait of Florida in precarious boats to reach the United States.

“You have to respect the decision of these young people,” because “it really is a very complicated decision,” adds the novelist, who always dreamed of being a baseball player and follows Industriales. “They are giving up a lot of things to take that big, so definitive step,” he notes.

You can also read:  Pitching by Roark and batting by Venezuelan Ramos give victory to Nacionales

Those who leave “are left without documentation (passport) because the Cuban delegation retains it,” explains Romero. They are also prohibited from returning to the country for eight years.

For Del Risco, although it is “a personal decision”, these players “did not comply with their teammates or with their commitment to the country.”

According to him, “there is only one way” to solve this problem: “to give Cuban players the same possibilities that are given to other players in the world”, because currently “we have to leave a delegation, we have to give up being Cuban . I think it is not fair”.

A historic agreement, signed in 2018 between the US Major Leagues (MLB) and the FCB, allowed Cubans to play under the Big Top without having to leave their country, but it never materialized.

Then diplomatic tensions between the two countries increased and the pact was canceled by the Donald Trump administration in April 2019. AFP (HN)