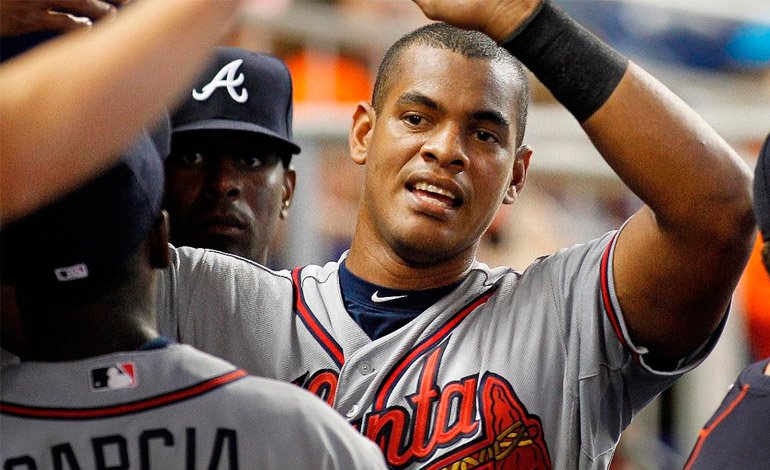 Cuban Atlanta Braves outfielder Hector Olivera was suspended for 82 games Thursday by Major League Baseball for violating the domestic violence policy in an incident last month.
The 31-year-old Olivera, who helped Cuba win the 2008 Olympic silver medal in Beijing, defected in 2014 and last year signed a six-year contract worth $62.5 million with the Dodgers. from Los Angeles, who traded him to the Braves last July.
Olivera, who will not appeal the suspension, was the third player punished under the league’s domestic abuse policy and received the longest ban after being arrested in an incident with a woman in Arlington, Virginia, near where the team was playing the Washington Nationals.
Olivera’s punishment, which includes salary suspension, runs until August 1. The player has been on paid administrative leave since being charged with misdemeanor assault for his alleged actions at a hotel.
Similar sanctions for domestic violence were issued by Major League Baseball, imposing a 30-game suspension on Cuban New York Yankees pitcher Aroldis Chapman and a 51-game suspension on Colorado Rockies shortstop José Reyes to start the 2016 season. “After reviewing all available evidence, I have come to the conclusion that Mr. Olivera violated the policy and should be subject to discipline in the form of a suspension without pay that will expire on August 1,” he said. league commissioner Rob Manfred.