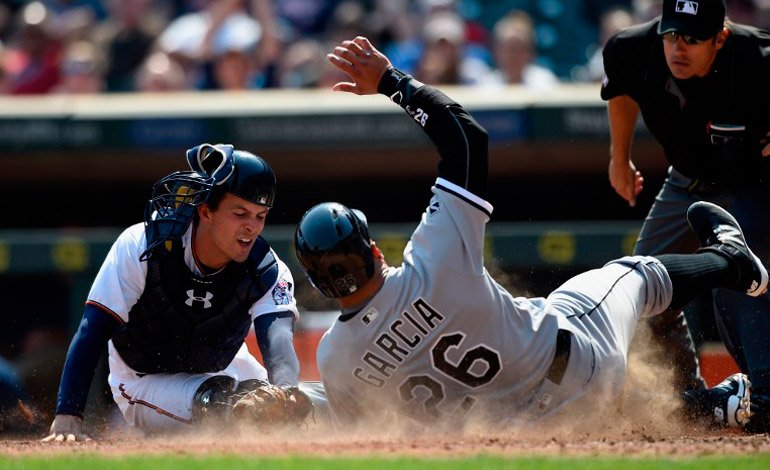 The Chicago Cubs have not wanted to waste time showing since the beginning of the new season that they are one of the teams in the National League with the highest aspirations to win the championship pennant.
Their complete team power allowed them to be winners and protagonists in the day of the Old Circuit, in which the Los Angeles Dodgers were able to tie the series with the Arizona Diamondbacks.
Starter John Lackey pitched into the seventh inning, Kris Bryant hit his first home run of the season and the Cubs got off to their best eight-game start in franchise history with a 9-2 victory over the Cincinnati Reds.
Venezuelan Miguel Montero received two of Chicago’s 10 walks and scored three times. The Cubs are 7-1 for the first time since 1985.
Outfielder Jason Heyward drove in two runs while hitting a two-out single in the third. He also showed off stealing a hit from Scott Schebler by diving into right-center field in the fourth.
Lackey (2-0) allowed two runs on six hits in 6 2/3 innings in his first start at Wrigley Field after signing a $32 million, two-year deal with Chicago.
Alfredo Simon (0-1) allowed five runs and four hits in the shortest start of his career, just two-thirds. The previous one was four “outs” with Baltimore in Texas, on April 14, 2009.
Latino batting was present in the Cubs’ offense with Cuban Soler who went 2-2, with one run scored and RBI, while Montero was 3-1, with three runs scored and one RBI.
Mexican slugger Adrián González hit his first home run of the season and Alex Wood worked until the eighth inning to lead the Dodgers to a 3-1 victory over the Diamondbacks.
Wood (1-1) allowed one run and five hits in seven-plus innings, striking out three opposing batters and walking as many.
The left-handed starter, in his 100th major league appearance and 69th start, allowed just one hit after Brandon Drury’s fourth-inning single.
Kenley Jansen took the mound behind struggling right-hander Pedro Baez and had the final five outs for his third save in as many chances.
Fellow Dominican Rubby De La Rosa (0-2) allowed three runs, two earned, and five hits in 4 2/3 innings.
The right-hander spent his first two seasons in the majors with the Dodgers and is 0-4 with a 9.67 ERA in five starts against Los Angeles.
Nolan Arenado hit two home runs and drove in seven runs, rookie Trevor Story hit two triples and the Colorado Rockies set a franchise record with 12 extra-base hits in a 10-6 victory over the San Francisco Giants.
The Rockies also set a franchise record four 3-pointers. Carlos González added a double and a triple in Colorado’s 18-hit volley.
Arenado took it out with one on board in the third inning and added a three-run homer in the eighth, breaking even in a one-run game.
San Francisco starter Jake Peavy (0-1) allowed 10 extra-base hits. It was the most allowed by a pitcher since Curt Schilling’s 10 catches for the Boston Red Sox on Aug. 10, 2006 against the Kansas City Royals.
Domingo Santana hit a two-run homer in the ninth inning, giving the Milwaukee Brewers the lead for good in their 6-4 win over the St. Louis Cardinals.
Santana took it out against closer Trevor Rosenthal (0-1) with two outs, breaking a 4-4 tie.
Milwaukee had lost five of its last seven games in St. Louis.
Jeremy Jeffress took care of the ninth for his fourth save of the season.
Brandon Moss had tied the game 4-4 by leading off the eighth with a pinch-hit home run off reliever Michael Blazek (1-0).
Latino batting was present in the Brewers’ offense with Santana who went 2-5, with two runs scored and two RBIs.
The Venezuelan Ramón Flores 3-2, an RBI and the Puerto Rican Yadiel Rivera 4-0.
Dominican gold Maikel Franco also bounced the ball out of the park, added a double and drove in both runs as the Philadelphia Phillies defeated the San Diego Padres 2-1.
Franco disappeared in the first against Colin Rea (0-1) and thus add his second home run of the campaign. He drove in the other run with a double in the third.
Jerad Eickhoff (1-1) was brilliant on the mound, striking out nine in seven innings. Part of the trade that sent lefty ace Cole Hamels to the Texas Rangers, Eickhoff allowed four hits and didn’t walk.
Brett Wallace had a two-out RBI single in the ninth off Jeanmar Gomez, but Gomez held on for his fourth save in as many chances.
The Padres avoided suffering their fifth shutout in nine games.
Tanner Roark pitched seven innings, Stephen Drew and Jayson Werth homered in the fourth inning and the Washington Nationals held the Atlanta Braves winless with a 3-0 victory for their fourth straight win.
Kevin Plawecki drove in Wilmer Flores and Asdrúbal Cabrera with a single in the seventh inning, and the New York Mets beat the Miami Marlins 2-1 to end a four-game losing streak.

You can also read:  Tigres Approach the Top in Dominican Baseball