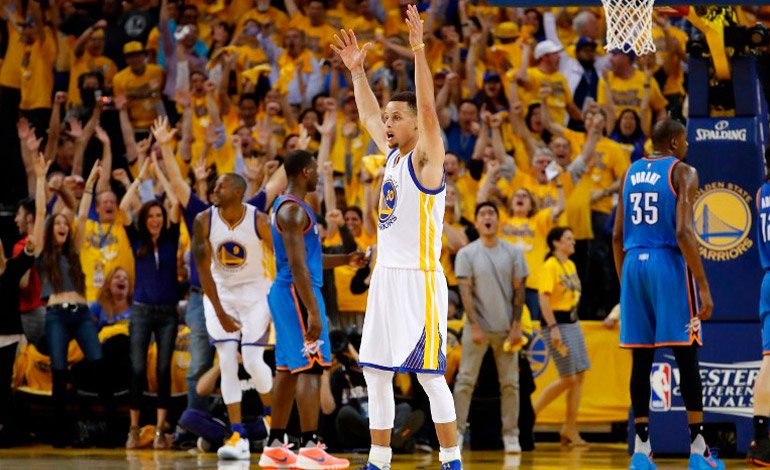 Point guard Stephen Curry vindicated his MVP status with 28 points, including 17 in four minutes of the third period, and led the Golden State Warriors to a 118-91 victory in the second game of the Western Conference finals.
The victory of the Warriors, after having lost the first, tied the series to the best of seven games and the third will be played next Sunday at the Chesapeake Energy Arena, in Oklahoma City, the Thunder’s field, where the bedroom.
Along with Curry, six other players had double-digit numbers, including three starters with shooting guard Klay Thompson leading the way with 15 points.
The top scorer for the Thunder was forward Kevin Durant who had 29 points and six rebounds, while point guard Russell Westbrook this time could not be a winning factor although he contributed a double-double of 16 points and 12 assists.
The Congolese Hispanic power forward Serge Ibaka, in the 30 minutes he was on the track at the Oracle Arena in Oakland, got three points, eight rebounds and recovered three balls.EFE