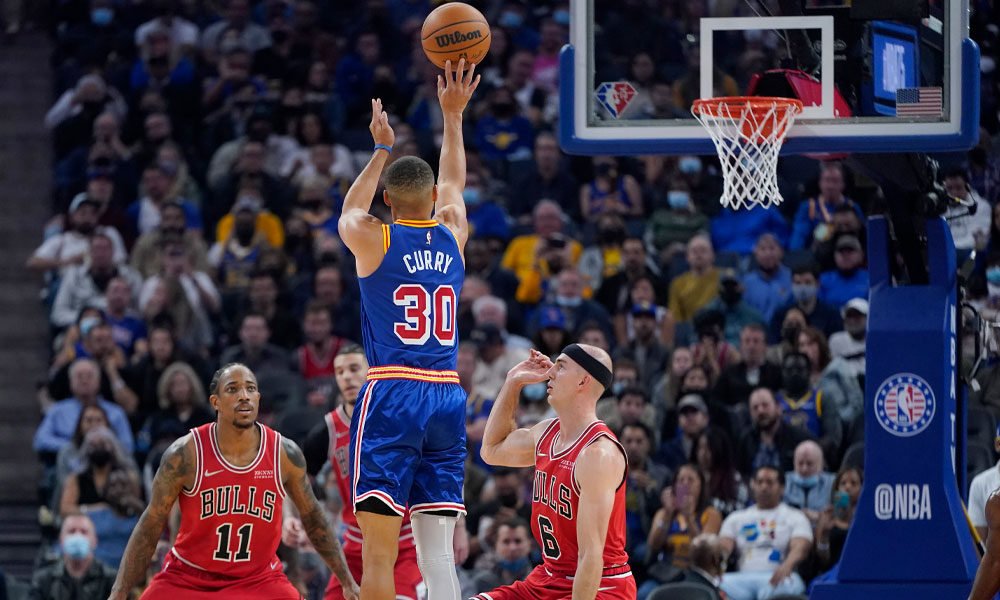 Point guard Stephen Curry had 40 points in 34 minutes of play and led the Golden State Warriors, who beat the Chicago Bulls 119-93 by thrashing.

The Warriors beat the Bulls in every facet of the game and achieved their seventh consecutive victory, which leaves them as the best team in the NBA today.

The Warriors closed out an eight-game home run and matched their franchise record. His only loss came in overtime against the Memphis Grizzlies in Memphis on October 28.

Golden State beat the Bulls for the ninth time in a row and the seventh in a row at home.

In his attack, Curry had nine triples and added his 52nd career game with at least 40 points.

The Mexican-American reserve forward Juan Toscano-Anderson played four minutes and went without points after missing the only shot he made to the basket, but he captured two defensive rebounds, gave an assist and recovered a ball, in a great defensive effort.

The Bulls (8-4) again had guard Zach LaVine as their leading scorer with 23 points.

Guard-forward DeMar DeRozan was the only other Chicago player with double-digit numbers in his offensive contribution, reaching 18 points.