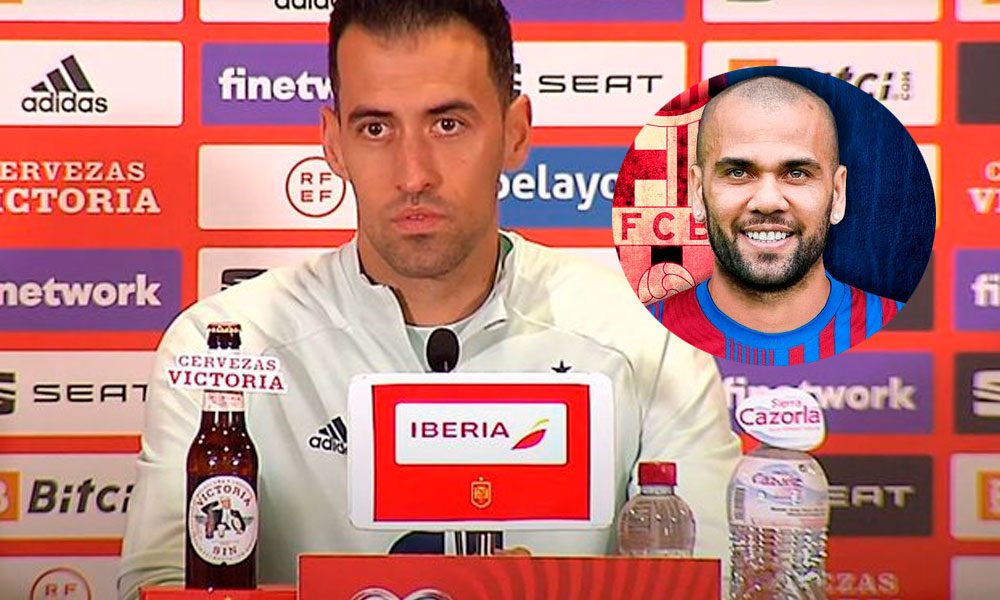 The captain of Barcelona and the Spanish team, Sergio Busquets, was happy that his former Brazilian teammate Dani Alves is wearing the Barça shirt again, stating that “he will give us a lot.”

“It is a joy that I return,” said Busquets this Saturday at the press conference prior to the qualifying match for the World Cup in Qatar-2022 against Sweden on Sunday.

«We already know the player that Dani is, the time he scored in Barcelona, ​​comes in another age, but knowing what he has performed in other clubs, even in the Olympic Games, he will contribute a lot to us with his character, his winning gene, his leadership, ”said Busquets.

You can also read:  Leipzig signs one of the pearls Barcelona

“Hopefully we do very well and are eager to meet again in the dressing room,” said the Barcelona captain.

The Barça club announced on Friday the signing of 38-year-old Dani Alves until the end of the season.

Alves, considered one of the best right-backs in football history, came to Barcelona in 2008 after five years of success with Sevilla.

In the Barcelona club he played 391 games and scored 23 goals. He was a key player in the team that Pep Guardiola led for four seasons and which achieved, among many other successes, two Champions Leagues (2009 and 2011).

After Guardiola’s departure (2012), Alves continued at Barcelona until 2016, achieving a third Champions League in 2015.

You can also read:  The South American classic is left without an owner

The Brazilian returns to Barça to be under the command of his old teammate on the pitch, Xavi Hernández.

“As a player he is one of the best players if not the best in the history of Spain, especially the recent one that I have experienced,” said Busquets about his new coach.

«I have been lucky to have him as a partner. We have been partners in the center of the field together with Andrés Iniesta. We had a special feeling between the three of them, “said the Spanish midfielder, who will match Xavi’s 133 caps with La Roja on Sunday.

“It is a pride to match him,” added Busquets, before adding that “as a coach I wish him the best. I can’t more than wish that he does well and that we (Barcelona) do well ». AFP

You can also read:  Piqué keeps Barça alive in the Champions League