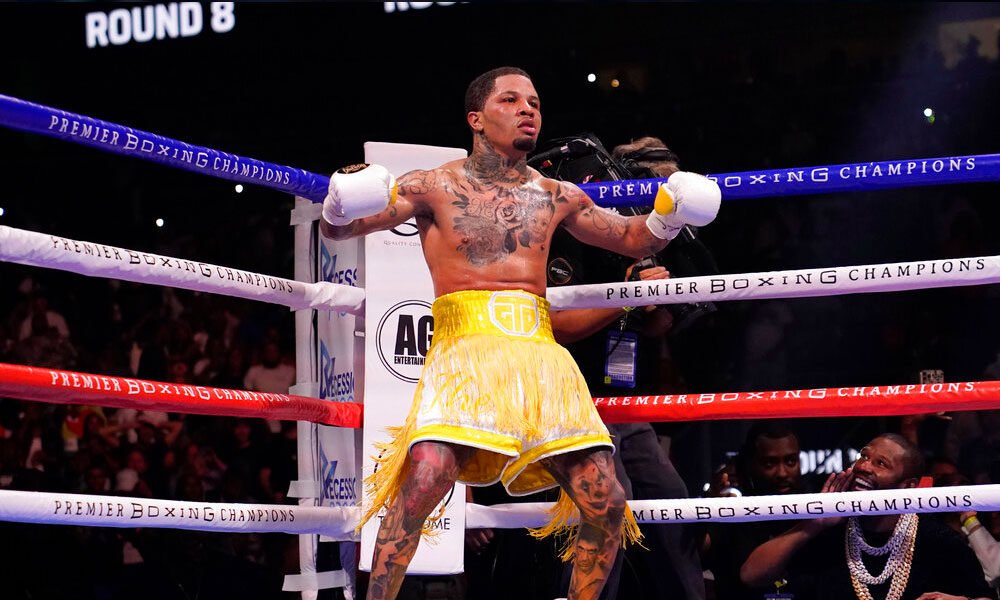 In a 12-round match, Davis (25-0, 24 KOs) dropped his opponent three times and was about to do so for the fourth time when referee Thomas Taylor intervened to stop the fight.

‘Tank’, as the 26-year-old Davis is known, scored a TKO in the eleventh round in an epic battle in which the champion had to fight exhaustingly until the physique gave him no more after the harsh punishment received.

The junior welterweight title, the WBA “regular” belt, is not considered the main belt, as Josh Taylor holds the “Super” junior welterweight belt from that WBA association along with all other titles of the same weight. . It is Davis’ third division where he has held a title belt.

You can also read:  "Tito" Trinidad joins Stars of Fame

Davis proved to be the biggest puncher despite giving up nearly six inches in height in his junior welterweight debut, just nine months after recording the 2020 knockout of the year by defeating Mexico’s Leo Santa Cruz with an uppercut in the sixth. round of his junior lightweight bout.

His power led him to seize momentum forever in the eighth round when a forward right hook stunned Barrios and knocked him down hard.

Davis went on to force a second knockdown with his left hand, but spent the final two minutes of the round trying unsuccessfully to finish off tough Barrios, leaving his gas tank low.

You can also read:  'Canelo' and Chávez will play the bag of the match on May 6 in Las Vegas

Every time Barrios had big moments as the fight progressed into the championship rounds, Davis was able to go back even further down the stretch to damage him with a big blow before the referee stopped the fight.