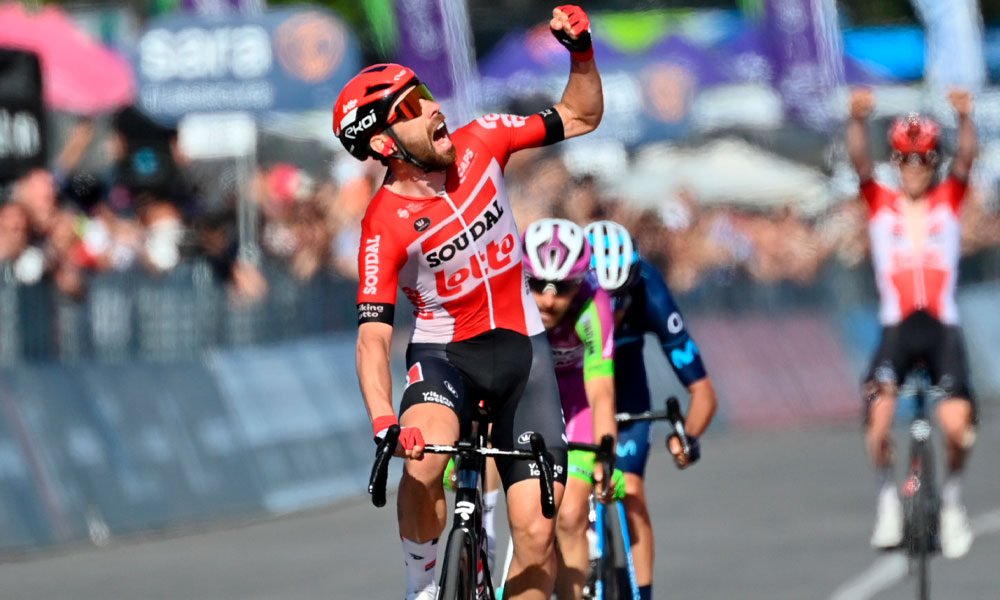 De Gendt, with the help of teammate Harm Vanhoucke of the Lotto Soudal team, overtook Davide Gabburo and Jorge Arcas in the final sprint of a 153-kilometre undulating route that started and finished in the city of Naples.

De Gendt, 35, straightened up and shook his fist as he crossed the finish line.

The four were part of a breakaway peloton of 21 who took the lead from a fast start, buoyed by Mathieu Van Der Poel, who was eagerly seeking stage victory.

The route included four laps of a 19-kilometer circuit in the volcanic zone.

It was on the penultimate lap that Van del Poel tried to attack but was caught up by other riders in the peloton. Shortly after, the four who disputed the final sprint managed to escape with 40 kilometers to go in the stage.

Most of the riders crossed the finish line together about 3 1/2 minutes behind De Gendt.

López retained his 38-second lead over Lennard Kämna after taking the lead in the general classification on Tuesday. Rein Taaramäe was third, 58 seconds behind López.

The ninth stage, on Sunday, is one of the most arduous of the race. The 191-kilometre route from Isernia ends at the top of the fearsome Blockhaus, with double-digit climbs in a series of hairpin bends before the finish.

You can also read:  Russian Yuriy Sedykh, owner of the world hammer record, passed away

There are three other categorized climbs in one day including 5,000m uphill.

The Giro ends on May 29 in Verona. AP