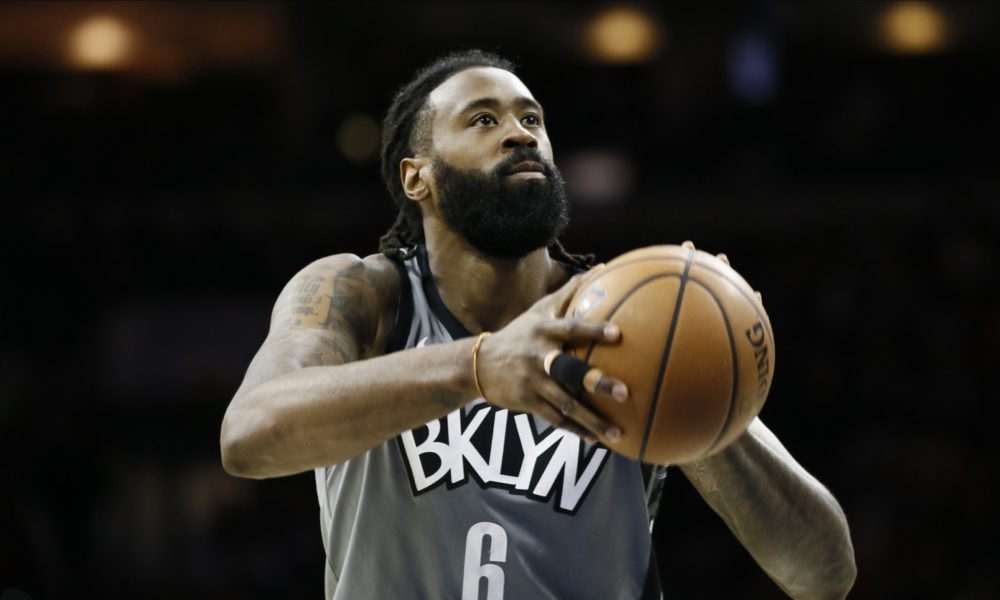 Yet another veteran for the Los Angeles Lakers! Thursday, September 9, 2021 was the day marked on the calendar for the Californian team to announce DeAndre Jordan as a new player for the NBA 2021-22 season and, incidentally, LeBron James ‘broke’ a friendship.
It is no secret that one of the greatest attractions for a player to sign for the Lakers is to be able to play with LeBron, but to the point that: a friendship was broken because of the ‘King’? It’s all about Jordan’s first message as a new player for the Los Angeles team.
At age 33, Jordan has just played for the Brooklyn Nets during the 2020-21 NBA and averaged 7.5 points per game and the same number of rebounds. In DeAndre’s former team, the center formed a bond of friendship with Kevin Durant and Kyrie Irving that was ‘broken’ with the arrival at the Los Angeles Lakers.
When it was known that DeAndre Jordan was traded to the Detroit Pistons so that he could later go out as a buyout and reach the Lakers, the center told Harrison Faigen, of Silver Screen & Roll, how his friendship with Irving and Durant remained.
DeAndre Jordan’s message about friendship with Kevin Durant and Kyrie Irving

You can also read:  Another scoring display of the "Trio" Durant, Curry and Thompson

“We are definitely not friends anymore,” DeAndre Hordan said with a laugh as the first message to be a new Los Angeles Lakers player because before he had clarified that Kevin Durant and Kyrie Irving are his “brothers beyond basketball.”