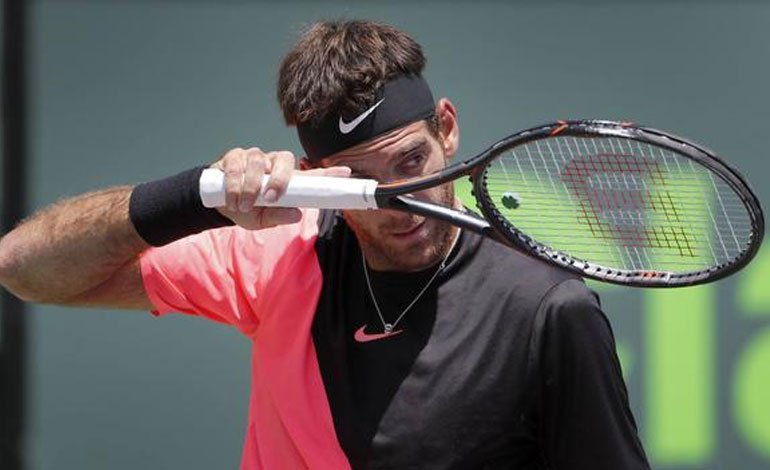 Argentine tennis player Juan Martín del Potro, 31 years old and former world number 3, said that he returned to training on a tennis court, but that he still had discomfort in his right knee, which was operated on in January after a kneecap fracture.

«I wanted to tell you that these days I went back to training and practicing little by little on the field. The knee still bothers me so we are testing how it evolves. Although there are no certain dates, once again I am giving everything to continue doing what I love. Thank you for the love you always give me, “wrote the Tandilense on Instagram.

You can also read:  Serena continues to command the WTA

Del Potro underwent surgery in Miami after suffering a kneecap fracture in October 2018, undergoing surgery in mid-2019 and still in pain.

He also won the 2016 Davis Cup, the bronze medal at the London 2012 Olympic Games, the silver medal at Rio de Janeiro 2016 and was third in the world ranking.

This was the sixth operation that the Argentine, now number 128 in the world, underwent.

Del Potro had surgery on his right wrist in 2010 and underwent three surgeries on his left wrist between 2014 and 2015.

You can also read:  Federer and Nadal set a world record for the collection of tennis

In May of this year, the Argentine tennis player announced the end of the relationship with his coach, Sebastián Prieto.

“I wanted to tell you that we agreed with Sebastián Prieto to end the relationship so that he can develop his work with Juan Londero, while I continue my rehabilitation,” Del Potro said on his social networks at that time. EFE (HN)