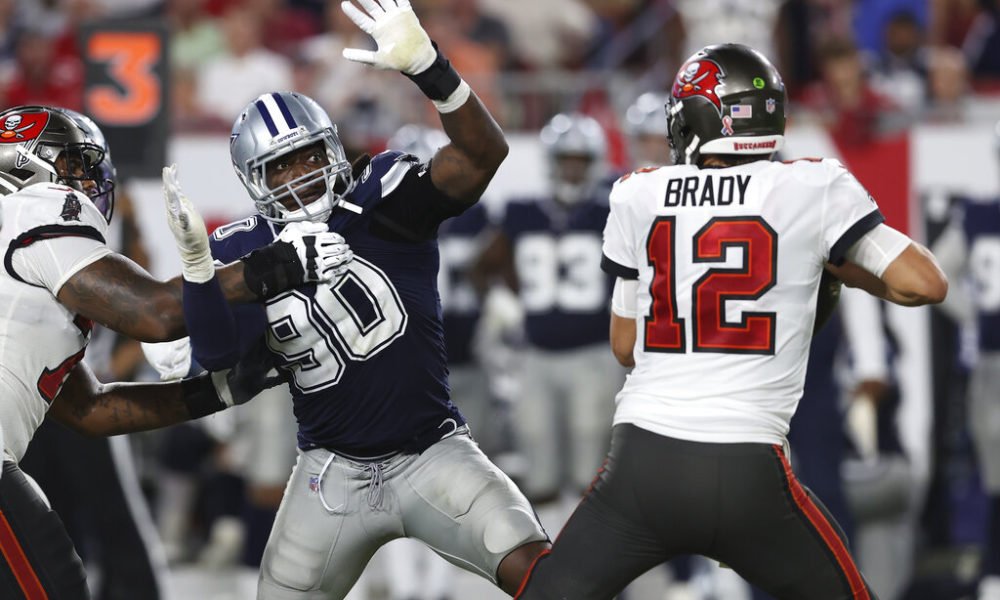 Dallas Cowboys defensive end DeMarcus Lawrence broke his foot in training Wednesday and would miss at least six weeks of activity, two people with knowledge of the injury said.

Lawrence was aided out of the field in first practice to visit the Los Angeles Chargers on Sunday. The person who reported the problem spoke to The Associated Press on condition of anonymity because the club has not made the injury public.

Lawrence is expected to be out for six to eight weeks.

Lawrence’s injury comes as the Cowboys were already enlisting to miss starting defensive end Randy Gregory, who is out after testing positive for COVID-19. Coach Mike McCarthy was not optimistic Wednesday when asked about Gregory’s availability on Sunday.

You can also read:  MLB recommends that players return home

The Cowboys will be left without Lawrence, their best player to put pressure on the opposing quarterback.

Lawrence is in the third year of a five-year, $ 105 million contract. He missed the first eight games of his rookie season in 2014 after breaking his foot in training camp.

Without Lawrence and Gregory, Tarell Basham and Dorance Armstrong could be the starters. Before Lawrence’s injury, McCarthy indicated that Armstrong would be Gregory’s replacement.

Basham is in his fifth season as a professional with 59 games, 12 of which have started, most with the New York Jets the past two seasons. Armstrong, Dallas’ fourth-round pick in 2018, has made 47 games, three as a starter.

You can also read:  Cuba defeats the Dominican Republic at the start of the Caribbean Series

Bradlee Anae, who is in his sophomore year, and third-round rookie Chauncey Golston are backups. Golston missed part of the preseason with a hamstring injury, but was on the participant list in Wednesday’s practice. (AP)