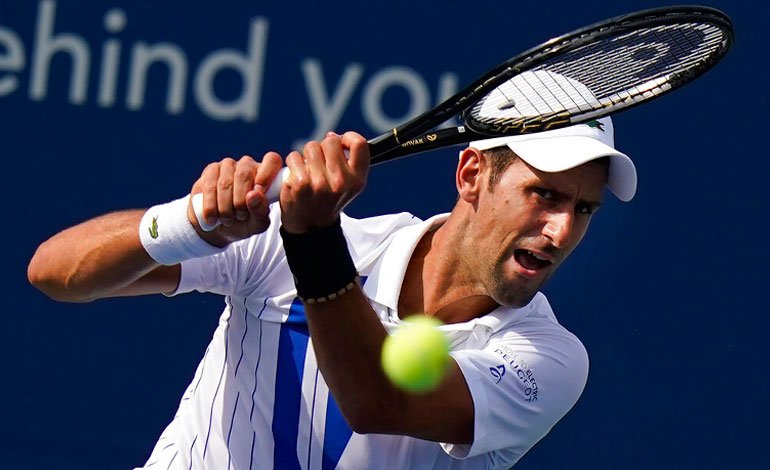 Serbian Novak Djokovic, world number one, defeated American Tennys Sandgren 6-2, 6-4 in straight sets and advanced to the quarterfinals of the Cincinnati tournament, which takes place in New York as a prelude to the US Open for the coronavirus.

After winning easily in just 35 minutes in the first sets 6-2, the Serbian opened the second by breaking his opponent’s serve.Now he will face the German Jan-Lennard Struff, who defeated Belgian David Goffin, seventh seed, in three sets. , by 6-4, 3-6, 6-4.

A week before the start of the US Open, of which he will also be the great favorite in the absence of the Spanish Rafael Nadal, who resigned due to fear of the coronavirus, and the Swiss Roger Federer, recovering from a knee injury, ‘Nole’ little by little it is gaining strength.

You can also read:  Raonic: «I wish I could change my destiny in London

“Overall it was a great performance,” said Djokovic. «I felt better and played better than in the previous game. I’m going in a great direction.

Sandgren, 55th in the world, constantly suffered a service break multiple times in the match.

Djokovic finally closed his ticket to the next phase with a thank you directed to the stands, as if he had played with an audience.

“I served well,” said the Serb, but indicated that “I can still improve.” Regarding neck pain, he added the number one in the world that “it’s fine.”

Previously, the Spanish Roberto Bautista beat the Russian Karen Khachanov 4-6, 6-3, 6-2 and also advanced to the quarterfinals of Cincinnati -Masters 1000 of the ATP and Premier in the WTA.

You can also read:  Djokovic and Halep advance to the final in Rome

Bautista, the eighth seed, beat Khachanov, the eleventh seed, in two hours and seven minutes and will now play third-seeded Daniil Medvedev from Russia, who beat Slovenian Aljaz Bedene with a double 6-3.

In the women’s division, the Japanese Naomi Osaka, tenth player in the world, defeated the Ukrainian Dayana Yastremska (25 in the world) in straight sets of 6-3, 6-1 and advanced to the quarterfinals.

Unlike her laborious entry into the competition the day before against Czech Karolina Muchova, Osaka was enterprising and quick this time with a win in one hour and 10 minutes.

The Japanese took advantage of her first serve with eight aces and broke her opponent’s serve four times.

You can also read:  Ana Ivanovic will no longer play with the Serbian national team

Osaka, the 2018 US Open winner, will face Estonian Anett Kontaveit on Wednesday.

In turn, Britain’s Johanna Konta, seeded eighth, beat Russian Vera Zvonareva 6-4, 6-2 in the round of 16.

In caurtos Konta will face the winner of the match between the American Serena Williams, third favorite, and the Greek Maria Sakkari.

The Cincinnati tournament was moved to New York due to the coronavirus pandemic and serves as preparation for the US Open, which will be held in Flushing Meadows from August 31 to September 13. AFP (HN)