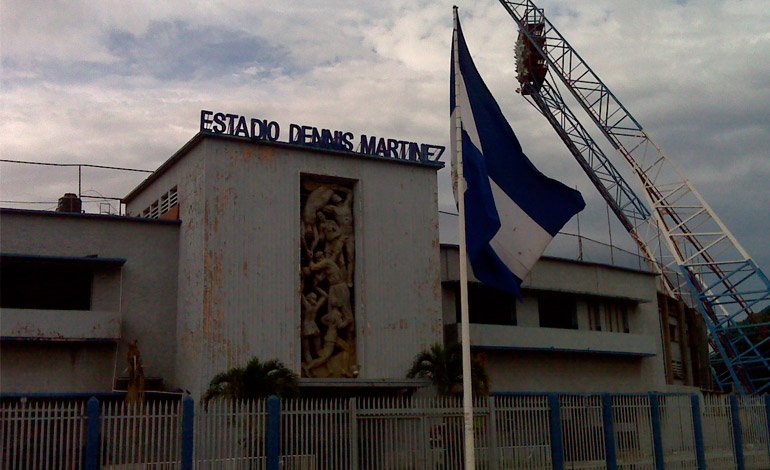 The winningest Latino pitcher of all time in Major League Baseball (MLB), Dennis Martínez, was amazed today with the works of the new National Stadium of Nicaragua, which will bear his name once it is completed.
“This is wonderful, this is incredible, it is from the Major Leagues,” said Nicaraguan Martínez, during a visit to the site where the stadium is being built, in the current center of Managua.
It is not the first time that Martínez, 61, has had a stadium named after him, since the current National Stadium of Nicaragua also bears the name of the former baseball player, for being the most outstanding player in the favorite sport of Nicaraguans, baseball. .
The stadium, which should be ready for the 2017 XI Central American Games, is being built under the supervision of the MLB, the best baseball league in the world.
The works are 46% complete, according to the Managua Mayor’s Office.
The venue will have a capacity for 15,000 spectators, is built to international standards, particularly those of the US MLB, and will be resistant to earthquakes, according to the authorities.
Martínez, known in the United States and Canada as ‘El Presidente’, holds the record for the winningest Latino pitcher in the MLB, with 245 wins, in addition to being the first Latin American to pitch a perfect game, on July 28, 1991.
Between 1979 and 1998, the Nicaraguan pitched for the Baltimore Orioles, Montreal Expos, Seattle Mariners, and Atlanta Braves.
Martinez, who was never inducted into the Cooperstown Hall of Fame, is a member of the World Baseball Hall of Fame, Caribbean Baseball Hall of Fame, Baltimore Orioles Hall of Fame, Expos Hall of Fame of Montreal and the Nicaraguan Sports Hall of Fame.

You can also read:  'Big Papi' punishes with a home run