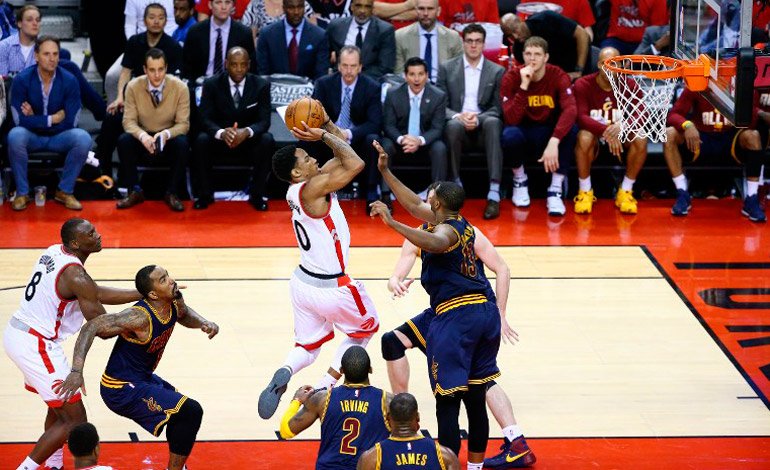 Shooting guard DeMar DeRozan with 32 points led the balanced attack of the Toronto Raptors who beat the Cleveland Cavaliers 99-84 in the third game of the Eastern Conference finals series and got the first win of the tie.
The Raptors, who are down 1-2 in the best-of-seven series, will play Game 4 next Monday when they again face the Cavaliers, who lost undefeated (10-1) in the final phase competition, on the same stage at the Air Canada Center in Toronto.
Along with DeRozan, point guard Kyle Lowry contributed 20 points, while Congolese center Bismack Biyombo also emerged as a winning factor by achieving his best professional mark in the final phase after grabbing 26 rebounds, including 18 defensively, and put up four blocks.
The Cavaliers had star forward LeBron James as their leader by contributing 24 points, eight rebounds and five assists, but this time his contribution was not enough to avoid defeat.EFE

You can also read:  Tony Parker affirms that Manu Ginobili "is an NBA legend"