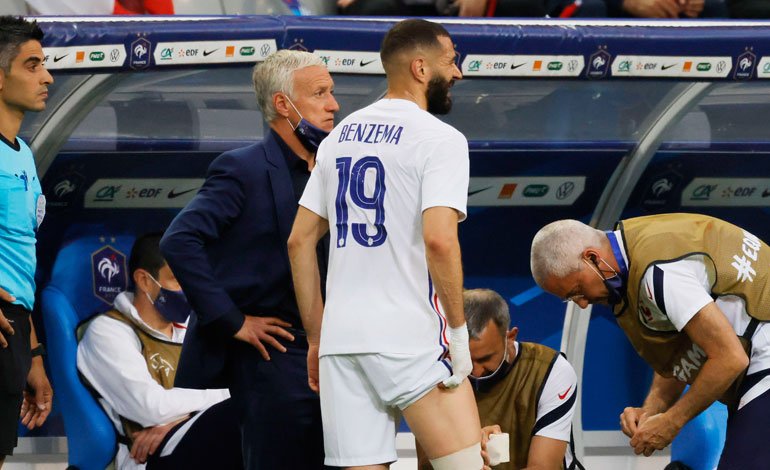 Didier Deschamps, France’s soccer coach, downplayed Karim Benzema’s knee injury on Tuesday, which forced him to retire in the 29th minute during the friendly against Bulgaria, which ended in a 3-0 French victory.

“It’s a blow and we have a level medical team that will take care of him,” said Deschamps, who was unable to anticipate whether the striker will be ready for the next 15, in the Euro Cup debut against Germany.

“These are things that happen, it’s hard to digest, you have to manage it, but it’s nothing dramatic,” he said at a press conference.

In statements to television, the French team had announced that Benzema had suffered a blow to the upper muscle of his right knee and that it was better not to take risks.

The 33-year-old attacker requested medical assistance in the 38th minute, after a jump in which he fell badly. The 9 of Real Madrid was replaced by Olivier Giroud, ultimately the author of two of the three goals. EFE. (JL).