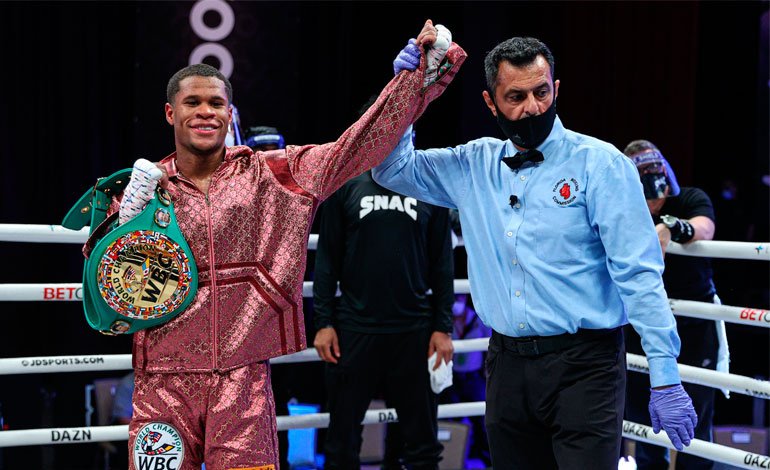 Haney, who was fighting for the first time since last November after undergoing shoulder surgery, was victorious over Gamboa in 12 rounds.

Two judges gave Haney, 21, the most points for each round, while the other judge made Haney win all but two rounds.

Due to the global coronavirus pandemic, which has gripped the United States for the past seven months and killed more than 230,000 Americans, spectators were not allowed into the Hard Rock Hotel in Hollywood, Florida.

Haney improved his record to 25-0 with 15 knockouts, while Gamboa lost his second consecutive bout to fall to 30-3 with 18 KOs.

For his part, the 38-year-old Gamboa appeared to be in this fight in the twilight of his career, which at one point included winning a gold medal at the 2004 Olympics.

Gamboa’s best rounds came early in the fight, as he seemed to tire later, spending more time holding on in the ring than throwing significant punches.

Haney rocked Gamboa with several solid punches and left hooks, but couldn’t get the knockout. He was hoping to score an impressive victory so he could throw a shot at a unification showdown with undefeated Honduran-American Teofimo Lopez, who holds every other major title in the 135-pound division.

You can also read:  Chávez Jr. convinces with his victory over Vera

Three weeks ago, Lopez increased his record to 16-0 after defeating Vasyl Lomachenko of Ukraine. AFP (HN)