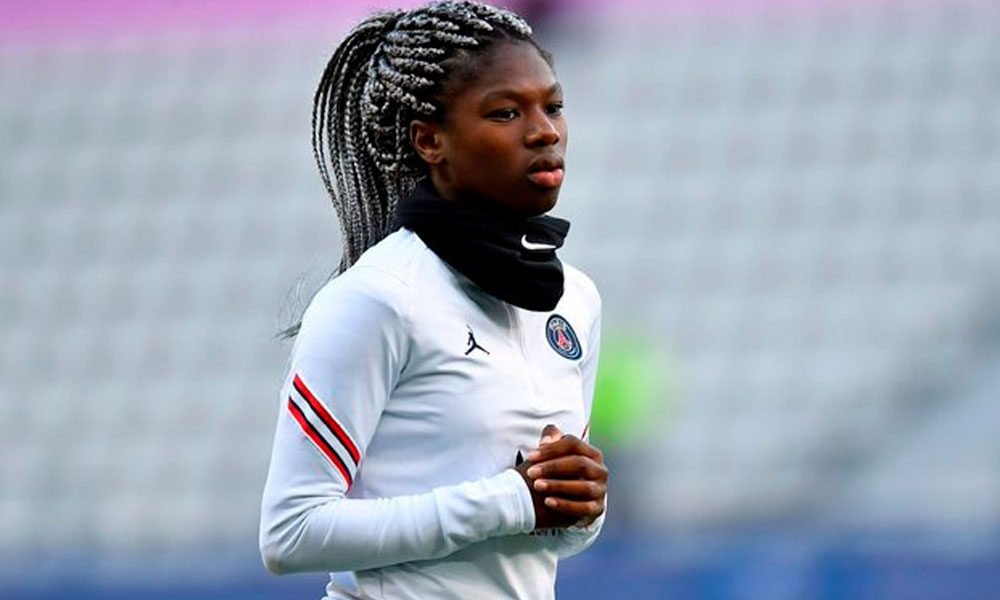 French soccer player Aminata Diallo was released without charge on Thursday after 36 hours in detention for her alleged involvement in the attack on her partner at Paris Saint-Germain (PSG) Kheira Hamraoui.

«Paris Saint-Germain notes the release of Aminata Diallo. The club stands by the side of its players to allow them to overcome this challenge and quickly find calm again, “he said in a statement released by the French media.

Judicial sources reported that the arrest of an acquaintance of Diallo, imprisoned in Lyon for extortion, and who was suspected of having organized the attack, was also withdrawn.

The release of both of them does not rule out possible legal actions against them. Meanwhile, investigations continue to try to clarify the details of the case, which still raises many questions.

You can also read:  The final in El Salvador, with some 13,000 fans in the stands

In this regard, another PSG player, Sakina Karchaoui, was also questioned today by investigators.

Karchaoui would have been one of the PSG footballers who would have recently received phone calls from that man to speak ill of Hamraoui.

According to several French media, citing sources in the investigation, Diallo has refused to seek legal assistance and flatly denies his involvement in the attack.

«PSG reiterates its confidence in justice when it comes to clarifying the facts. The club appreciates that everyone restrains themselves and respects the presumption of innocence and the privacy of the team, “added its statement.

Diallo was arrested on Wednesday morning, an arrest that lasted today, to be questioned about her possible involvement in the attack on Hamraoui, which occurred last Thursday night outside of Paris.

You can also read:  Tevez: «I am the last great idol of the golden age of Boca Juniors»

Hamraoui was attacked by two masked men who hit her legs with an iron bar, for which she was unable to play the Champions League match between PSG and Real Madrid on Tuesday.

The player suffered bruises and some stitches in her legs and hands while trying to protect herself, but no serious injuries. The French press suggests that this weekend he could resume some light exercises.

Hamraoui has not issued messages on his social networks, although they do contain messages of support from fans.

The investigation initially focused on the rivalry hypothesis between the players as they share the same position as attacking midfielders in both PSG and the French national team.

The possibility of Diallo or someone linked to her hiring two hitmen to injure Hamraoui and thus take his starting position at PSG and consolidate himself in the French team, with whom he has been international on seven occasions, is being studied.

In fact, Diallo was called up by the national team at the end of October to replace the injured Hamraoui in two qualifying matches for the 2023 World Cup.

Hamraoui, 31, a 36-time international, returned to PSG this season after passing through Lyon and playing three seasons for FC Barcelona, ​​which last season won the Women’s Champions League.

For his part, Diallo, 26 and also international, was on loan for part of last season at Atlético de Madrid. EFE (HN)