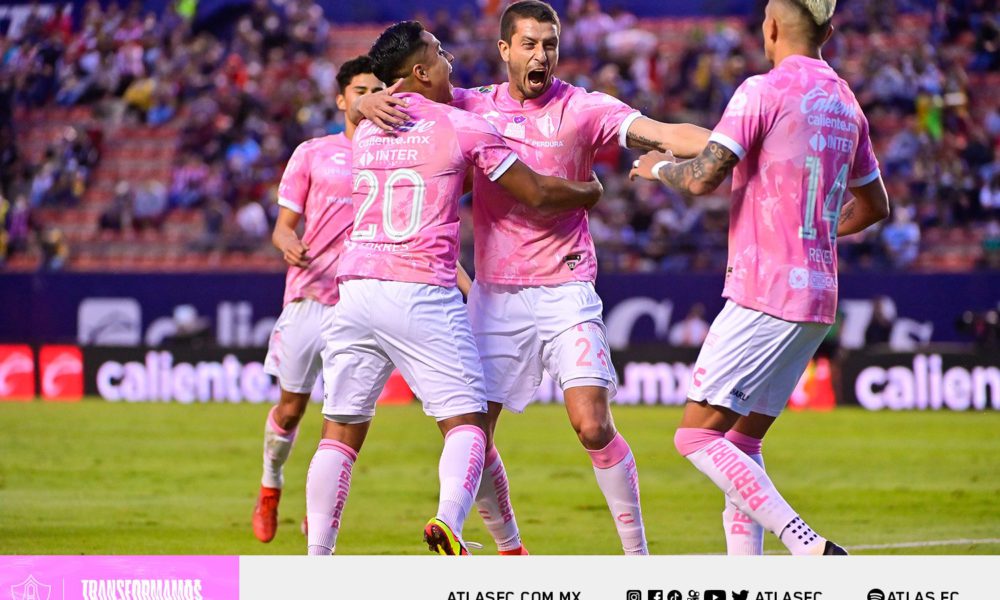 Argentine Hugo Nervo scored 1-0 for the Atlas ‘Foxes’ at minute 10 and 2-0 at 28, both goals with header after taking a couple of corner kicks.

The 3-0 was the work of also Argentine Julio Furch at 32 with a header inside the small area.

At 45, Colombian Julián Quiñones increased the lead to 4-0 with a header on the edge of the small area.

Atlético San Luis approached 4-1 with a powerful shot by Argentine Germán Berterame from the edge of the area to 57.

Jairo Torres scored 5-1 for the ‘Zorros’ with a mid-range shot at 70. Four minutes later, Luis Reyes made it 6-1 with a left-footed shot inside the area.

You can also read:  Brazil qualify Qatar and leave Colombia in the play-off

The 6-2 was the work of Colombian John Duque with a shot from point-blank range, at 80.

With this result, Atlas reached 26 points in second position and Atlético de San Luis was left with 17 units still in the playoff zone.

The Pumas of the National University defeated the ‘Xoloitzcuintles’ of Tijuana 3-1 this Sunday at the Olympic University Stadium.

Arturo Ortiz scored 1-0 for the university cats with a header at minute 45.

After the break, at 47, the Tijuana defenders made a mistake when playing the ball, the Argentine Juan Dinenno took them off and scored the 2-0 with a shot from outside the area.

The 3-0 was scored by Argentine Favio Álvarez at 56 with a first-intention shot from Dinenno.

The ‘Xoloitzcuintles’ approached 3-1 to 65 when Vladimir Loroña finished off a ball that was found almost on the edge of the small area.

With this result, the Pumas reached 17 points and approached the reclassification zone; the ‘Xoloitzcuintles’ were left with nine units at the bottom of the table.

At the Corona stadium, the ‘Warriors’ of Santos rescued the 2-2 draw against the ‘Red Devils’ of Toluca with a goal ‘in extremis’.

The ‘Warriors’ took a 1-0 lead in minute 32 with a goal from the Dutch Alessio da Cruz.

With this tie, Toluca reached 23 points and regained third place; Santos reached 17 units and returned to the play-off zone.

On Friday the day began with the victory of the ‘Cañoneros’ of Mazatlán by 2-1 over the ‘Gallos Blancos’ of Querétaro coming from behind.

On Saturday, the América of Argentine technical director Santiago Solari beat the Tigres of Mexican coach Miguel Herrera 1-0 and with that victory reached 34 points and assured that he will play the league as leader.

You can also read:  Solari: Messi deserves to win a title with Argentina

With a goal in compensation time, at minute 90 + 4, Guadalajara’s ‘Chivas’ pulled the 1-1 draw from champion Cruz Azul at the Akron stadium.

–Results of the day
-Friday

* The match Pachuca against Atlético de San Luis on the fifth matchday was postponed to November 3.

** The match Cruz Azul against León on the eleventh day was postponed to November 3.

*** The game Pumas against Santos of the eleventh day was postponed to November 4.